Brain stimulation is one of the most promising new treatments for mental illness. But when researchers in Finland took two groups of patients with chronic, severe depression and treated one group with rTMS – a non-invasive device that generates brief magnetic pulses to spark electric currents into a mood-related part of the brain – and the other with a fake rTMS device, just as many people got better on the sham device as the real one.

The results were disappointing.

Matthew Burke, the new director of Traumatic Brain Injury Clinic at Toronto’s Sunnybrook Hospital, counts among a group of placebo-effect researchers arguing these studies aren’t strictly failures at all, but missed opportunities for new ways to approach hard-to-solve problems, such as severe mental illness and chronic pain. To their view, the placebo effect isn’t a hassle in clinical trials; it’s pointing to new solutions – ones that may save money, reduce side effects and make health care more equitable.

The power of positive thinking? Scientists use placebos to learn more

Burke, just back from Harvard University where he researched placebos, sees people who live with pain for years in his work as a neurologist. He is frustrated at watching those hard-to-treat patients shell out for costly, unregulated alternative treatments when there’s sound science to support mainstream medicine harnessing the placebo effect in the public system. Doing so might also save public dollars: Patients with chronic illness aren’t only long-suffering, they also tend to be more regular visitors to emergency departments, spend more time in hospital and bounce between specialist waiting rooms.

Consider the findings of the Finnish study from another perspective, Burke proposes. In the small-scale study, 37 patients participated. Altogether, 10 of them went into remission and another 18 had a positive treatment response. (Four patients got worse, one with the sham device.) That means 75 per cent of patients got better, whether they were getting real or fake brain stimulation – a result worth exploring, Burke says. The Finnish researchers agreed. In their paper published in the Nordic Journal of Psychiatry last fall, they also argued the placebo effect should be “better acknowledged” – if only to figure out what specific parts of the treatment were making a difference for patients.

Burke made this argument in a paper he co-authored last year, published in the journal Annals of Neurology. The paper raises what researchers call an “efficacy paradox.” Compare two hypothetical treatments. One has a small placebo effect, and a moderate result for the “real" treatment. The second has a large placebo effect but a small result for the actual treatment. Treatment A, Burke says, would be approved; the second rejected. “This conclusion would be a mistake,” the authors of the paper argued, especially if active treatment causes more side effects. Over all, the second treatment helped more patients.

For instance, Burke asks, would chronic pain patients prefer rTMS, a non-invasive, well-tolerated procedure with a high placebo effect, to an opioid prescription, with its risk of addiction? One area of research he is pursuing with colleagues at Harvard would study whether patients care if they are given an effective sham treatment without their prior knowledge.

Why did the patients in the Finnish study get better, even when they received a fake device? For starters, Burke says, placebos actually produce the same changes in the brain as actual treatment, which makes them particularly valuable for chronic pain and psychological illnesses. They are influenced by how a person responds to the physical and social environment around a treatment. Patients who believe a treatment will work, and are treated kindly by a trusted clinician, do better. Take these factors away, and studies have found lower results for active treatments as well.

Research also suggests that detailed treatment “rituals” lead to a stronger response – so IV placebos work better than sugar pills. (It’s also how private practitioners can charge so much money for alternative care, Burke says – a high price makes the treatment more convincing.) New studies have also found high placebo effects for long-accepted treatments such as surgery for shoulder pain and stents for angina – researchers found no significant difference in patients who thought they received the procedure than those who actually did. In fact, Burke suggests, if those treatments were put through a placebo-designed trial today, they would have trouble getting approved.

Brain stimulation is effective on its own, Burke points out. In fact, a meta-analysis published in the BMJ earlier this year suggested that it should be used sooner for patients, rather than as a treatment only after drugs and talk therapy haven’t worked.

The bells and whistles of the procedure, however, may contribute to a larger placebo effect. In the Finnish study, a medical device was placed on the patient’s head in a lab setting for about 30 minutes, while the patient sat in a comfortable chair and watched television. It was administered by trained medical staff. Each patient received about 30 sessions, which, as researchers said, meant that five times a week for more than a month a patient with depression had committed to a daily routine – to get dressed and come to the lab, receive the treatments and answer questions from a concerned clinician about how they were feeling. What parts of that process most contributed to the placebo effect? Researchers couldn’t say. But people who weren’t expected to get better did.

“It is important to recognize, appreciate and utilize placebo effects as a significant means of rehabilitation in psychiatric care,” the researchers reported in their paper.

Other studies have produced similar results. A paper published in JAMA Psychiatry in September, 2018, also tested rTMS on 164 American veterans with treatment-resistant depression using roughly the same design. In that case as well, 33 of 81 subjects in the active treatment group, and 31 of 83 subjects in the sham treatment group went into remission. Over all, 39 per cent of the veterans, who had not responded to other treatments, got better – an extremely positive result, Burke says. In that paper, researchers proposed a closer look at the effect of regularly following patients to help them recover. But Burke asks, shouldn’t patients, with few other options, have access to a treatment with relatively strong odds of success? Or, he asks, “Should one just interpret this as a negative trial and move on?”

It’s a controversial idea: Will regulatory bodies approve devices that relieve symptoms, but actively do nothing? Burke suggests that one solution is to test one placebo against another – for instance, the sham brain stimulation device against the sugar pill, or even no treatment at all – and see how they fare.

The use of placebos is also ethically tricky. New research suggests that even when patients know they are getting a fake treatment, they still get better. And technically, as Burke says, it is not a lie to tell a patient a sham device has been found to have clinical benefits, although, he concedes, doing so may erode patient trust. Clinical-trial results also suggest that placebo effects are increasing for reasons not yet clear – a trend that makes it harder to get new drugs approved, but also points to ways that patient care may be improved.

“When it comes down to it, my primary responsibility is to my patients,” Burke said. That means having as many good treatment options as possible. For now, Burke can only use the principles of the placebo effect in his practice. He would never lie to his patients or trick them. But, he says, “I don’t let them leave my office without the expectation of getting better.” At least he can prescribe hope for free. 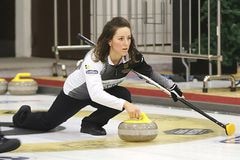 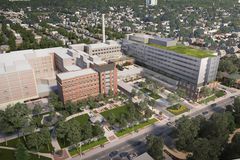