No one who has ever pushed themselves to the brink of exhaustion needs Albert Einstein to tell them that time is relative. In the frantic final mile of a race or the final minute of an interval workout, the second hand of the clock seems to mock you as it slows to an unhurried crawl.

But it’s only recently that scientists have begun to study how and why our perception of time is distorted during exercise, Memorial University researchers Dr. David Behm and Tori Carter point out in a recent review in the journal Frontiers in Physiology. It turns out that the flow of your mental clock can be influenced by a wide variety of both internal and external factors – an insight that may shed light on how we’re experiencing exercise under the changed conditions of the pandemic, and perhaps even on how we’re experiencing the pandemic itself.

Most of the existing research on exercise-induced time distortion focuses on sustained endurance activities. For example, a 2017 study by British researchers found that people could estimate the passage of time fairly accurately during light rowing or cycling for up to 20 minutes. But during all-out exercise, they overestimated the time elapsed by about 15 per cent, with the strongest distortion coming during the last quarter of the effort.

The Memorial team was in the process of studying a similar effect with resistance exercise, Behm says, but had to cut their data collection short when COVID-19 hit. Still, their review of previous research in the field shows that many factors other than exercise intensity can influence time perception, including age, sex and even body temperature: The warmer your core temperature is, the more slowly time passes.

While no one is really sure how the brain keeps track of time, most theories assume that it’s influenced by how much information is flowing into the brain. When you’re in danger, for example, heightened arousal increases your sensory awareness. Since you’re noticing more things per unit time, it feels as though time is moving more slowly. Hard exercise, which produces a similar state of physiological arousal, probably works the same way.

Interestingly, you can get similar effects from a complete lack of arousal – for example, if you’re bored out of your skull from exercising alone in your living room week after week after week. With nothing to distract you, you become hyperaware of the sensations coming from your body. The more you notice, the more time seems to slow.

“If you are working out at home, you should increase stimuli by listening to music, or have the TV on. Work out with family members and exercise in a brightly lit room, hopefully with windows for more external stimuli,” Behm says. “Time should pass by more quickly and enjoyably.”

In fact, time is just one of the illusions we fall prey to during exercise. You’re more likely to overestimate distance if you’re wearing a heavy backpack, and you’ll guess that hills are steeper than they really are when you’re tired.

Another factor that strongly influences our perceptions of time and effort is the anticipated endpoint, says Dr. Andrew Renfree, an exercise scientist at the University of Worcester in Britain who served as one of the independent peer reviewers for the Memorial University paper. The sight of the finish line spurs even the most exhausted marathoner to summon a sprint finish. The lack of an endpoint, on the other hand, makes a struggle feel endless.

“With regards to the pandemic, it certainly feels like it’s been going on for a long time,” Renfree says. “I personally think the greatest problem has been uncertainty as to how long things are going to last for.”

There’s no easy solution to that big-picture problem, but the way athletes handle an unknown endpoint is to make sure their pace is sustainable. And that means taking care of the daily details – like following Behm’s advice about distraction and stimulation to ensure that the clock keeps ticking at a reasonable pace while you exercise.

Trying to get pregnant? Consider what you eat
Subscriber content
August 3, 2020 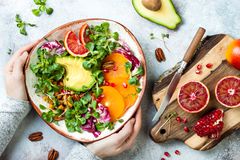 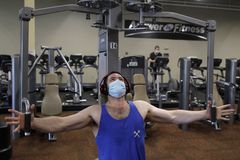 Why you don’t need to stop eating foods with lectins
Subscriber content
July 27, 2020 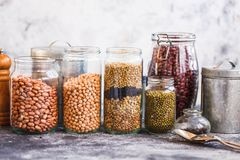