Lesley O’Connor-Parsons expected never to eat solid foods again. But after participating in the six-week trial of a new mobile technology aimed at helping patients with head and neck cancers relearn how to swallow, she ate a small cheeseburger – her first solid food in nearly five years.

“Honestly, it didn’t taste that great,” said Ms. O’Connor-Parsons, 60, of Edmonton, who was diagnosed with tongue cancer in 2014. “But the point is that I was able to put something solid down my throat.”

Researchers with True Angle Medical Technologies, a company that emerged from studies at the University of Alberta, said on Wednesday that they have completed a trial of their new system on 20 participants with dysphagia, or difficulty swallowing, as a result of head and neck cancers. They had participants use the system at home daily for six weeks. Self-reports indicated clinical improvements among a quarter of the participants, the researchers said.

Patients who used the system said that not only did they feel more positive emotionally about swallowing, they also felt they were able to swallow more easily and finish their food more quickly, said Jana Rieger, chief executive officer of True Angle and professor of rehabilitation medicine at the University of Alberta.

The system, called Mobili-T, is experimental and not yet available on the market. It comprises a device roughly the size of a matchbox that is placed under the chin to detect muscle activity. It then transmits that information to a smartphone app, which provides users with feedback about how hard they are swallowing – something individuals with dysphagia often have difficulty sensing on their own. The app also uses machine-learning to provide tailored guidance to the user, said Gabriela Constantinescu, a speech-language pathologist and chief product officer at True Angle.

“So it’s almost like having a physiotherapist next to you,” Dr. Constantinescu said.

An additional component of the technology allows clinicians to log on remotely to see how their patients fare with their swallowing exercises.

Jennifer Cameron-Turley, a board member of national organization Speech-Language and Audiology Canada, who was not involved in the trial, said having a mobile system that allows patients to do rehabilitation exercises at home and allows clinicians to track their progress could be helpful for those who cannot attend in-person sessions as frequently as they need. As a senior speech pathologist at St. Paul’s Hospital in Saskatoon, Ms. Cameron-Turley said she has patients living in remote areas who travel hours to visit her, and can only see her once every couple of weeks.

“They’re just not getting the consistent feedback they need to be successful. So this is the really exciting part about the [Mobili-T] system,” she said.

Currently, once patients are assessed for dysphagia and a speech pathologist has identified the muscles they need to target, they are typically given a program of exercises to do at home, between three to six times a day, Ms. Cameron-Turley said. But for those with head and neck cancer who are also going through cancer treatment, keeping up with these exercises can be very challenging.

“So anything that can increase their adherence to those exercises – you know, just being able to see the progress they’re making every time they do the exercises – I think that’s hugely important,” she said.

Besides head and neck cancers, there are numerous other causes of dysphagia, including stroke, traumatic brain injury and neurodegenerative disorders such as Parkinson’s disease, True Angle’s Dr. Rieger said.

She said an estimated 250 million people a year are diagnosed with dysphagia around the world.

Dysphagia can have serious consequences, such as aspiration pneumonia, or a lung infection as a result of inhaling food, and some individuals may need to be fed by a tube in their stomach, she said.

Dr. Constantinescu said the researchers are now testing the system on participants who have experienced stroke.

The dangers of swallowing disorders
November 20, 2018 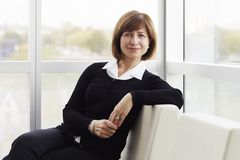