Should I be worried about my uncle?

My uncle suffers from manic depression and he is fed up with life. He wants a medically assisted death, but he doesn’t have a terminal disease. I think he is going to be extremely upset if he is turned down. Should I be worried about how he might react?

Yes, you should be concerned about your uncle.

But to qualify, they have to meet certain criteria. In particular, they must have an incurable illness and natural death must be reasonably foreseeable. What’s more, they must have the mental capacity to make an informed decision.

So, if your uncle is not on a clear trajectory toward death, he is unlikely to have his request granted.

Among some health care professionals, there is a growing awareness that patients can be psychologically vulnerable in the period immediately after their application has been denied.

In a recently published study, a Toronto team of MAID assessors and providers report that three patients attempted suicide soon after they were deemed ineligible for an assisted death. In two of the cases, the patients didn’t have a foreseeable death. The third patient lacked mental capacity.

“We were, frankly, a bit caught off guard when it happened the first time,” says Sally Bean, one of the co-authors of the study and an ethicist at Sunnybrook Health Sciences Centre in Toronto. “It wasn’t something we had anticipated.”

The three individuals had several things in common, says Elie Isenberg-Grzeda, lead author of the study and a staff psychiatrist at Sunnybrook.

They all had a history of depression and also suffered from mild cognitive impairment. Two of them had previously attempted suicide.

“The core features of depression are hopelessness about the future, suicidal thoughts and sometimes inflexibility in thinking,” explains Isenberg-Grzeda. “Similarly, cognitive impairment can prevent people from processing information clearly.” Both these conditions may increase the likelihood of self-harm.

To prevent further suicide attempts, the clinicians revised their MAID process to identify in advance individuals who might be at risk.

They also put together support plans for people whose MAID requests are turned down.

The efforts appear to have paid off. There hasn’t been another suicide attempt since the process was changed more than a year ago.

The study, published in the Journal of Pain and Symptom Management, “sheds light on an important issue,” says Stefanie Green, president of the Canadian Association of MAID Assessors and Providers in Victoria.

She says she is aware of other patients who did die by suicide after being denied MAID.

“Probably the hardest thing we have to do is tell some people they are ineligible for assisted death,” adds Green.

“These are people who obviously believe they are suffering intolerably, and who are asking for our help, yet we are unable to aid them.”

Bean says many of the patients who seek MAID are highly independent individuals with long-held beliefs in the right to die. “They feel they should be able to control the circumstances of their death.”

What’s more, some of them are under the false assumption that they become eligible for MAID by simply signing a request form, which is available online.

The reality is very different. Those patients must go through a formal assessment to determine whether they meet the qualifications set out in legislation passed by the federal government in 2016.

“It would be a pretty devastating blow to be found ineligible,” Bean says. “They had hoped MAID would end their suffering and then told it’s not an option.”

Based on the MAID assessment study done at Sunnybrook, Isenberg-Grzeda believes numerous patients who don’t qualify for an assisted death could be at risk of self-harm.

He notes that the three attempted-suicide cases make up just 2.8 per cent of the 107 patients assessed for MAID eligibility during the study period from June, 2016, to April, 2019.

However, he adds, they represent 30 per cent of the 10 deemed ineligible for MAID. “This is a substantial proportion [of the rejected cases] and I think that is what makes this so significant.”

He believes it’s critically important for MAID assessors and providers to ensure that patients have realistic expectations.

And, in the case of your uncle, he would likely benefit from having someone – possibly his health care provider or a trusted adviser – clearly explain the process so that he is not surprised and disappointed if he applies for MAID and is found ineligible. 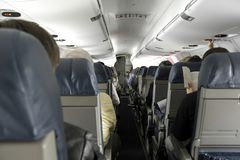 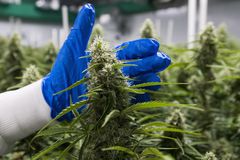 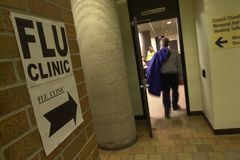