Pheidippides, the ancient Greek courier who ran from Marathon to Athens back in 490 BC, supposedly dropped dead after delivering his message.

There’s been a lingering suspicion ever since that too much running – or too much exercise in general – is bad for you and, in particular, bad for your heart. Over the past decade, a series of studies has brought these concerns to the fore, revealing evidence of scarring on the hearts of lifelong endurance athletes.

But a major new study from researchers at the University of Toronto, funded by the Canadian Institutes of Health Research, suggests that the supposed cardiac risks of too much exercise, such as the story of Pheidippides, which is now widely considered to be apocryphal, need to be re-evaluated.

Published in Medicine & Science in Sports & Exercise and led by senior researchers Kim Connelly and Jack Goodman, the study involved detailed examinations of heart structure and function in a group of 72 hardcore endurance athletes (of whom 19 were women) from local running, cycling and triathlon clubs. They were between the ages of 45 and 65, and had all been competing in endurance sports for at least a decade and trained on average 7.6 hours per week.

Previous studies have compared athletes to sedentary controls, but Connelly and Goodman decided that a better comparison was to recreationally active adults exercising no more than three hours a week, roughly in line with Canadian physical-activity guidelines. The question: Would the “extreme” exercisers show more signs of wear and tear in their hearts than those following the guidelines?

In particular, the researchers were looking for evidence of fibrosis, or scarring, of the heart, which has turned up in several previous athlete studies. For example, a 2011 study of 12 hardcore endurance athletes who’d completed an average of 178 marathons and 65 ultramarathons each found evidence of fibrosis in half of them.

But what that means depends on the specific location and type of fibrosis, Connelly says. The University of Toronto team used two versions of cardiac magnetic-resonance imaging to identify both concentrated patches of fibrosis and milder, more diffuse scarring spread over a larger area.

Sure enough, a third of the athletes, 23 out of 69, showed evidence of concentrated patches of fibrosis. In six of the cases, the pattern of scarring suggested leftover damage from a previous silent heart attack or heart infection. In the other 17 cases, the damage was focused at a part of the heart called the right ventricular hinge point, where similar scarring has been observed previously in athletes.

That seems like a smoking gun. But similar hinge-point scarring was also seen in four of the 20 recreationally active controls – a statistically equivalent prevalence, suggesting that serious endurance training doesn’t substantially raise the risk of this form of scarring. There was also no evidence of diffuse scarring throughout the hearts of the athletes compared to the controls.

“This is a good-news story for endurance athletes,” Goodman says, “because it suggests that the fibrosis may well occur in people who perform regular amounts of exercise, and we have no evidence that it will lead to adverse outcomes.”

There was also no evidence that doing certain sports, running rather than cycling, say, or accumulating more training over the years made some subjects more likely than others to develop scarring. Whether there are genetic or environmental factors that make a difference remains to be determined.

That’s why pushing back against the idea that running marathons will send you to a Pheidippides-like early grave is so important, Connelly says. “We just want to get the message out that the more we look, the more we find that exercise is a good thing.”

A wide choice of new foods from a young age can help prevent picky eating
June 15, 2020 Minimalist training is perfect in the time of COVID-19
Subscriber content
June 16, 2020 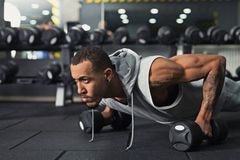 Sometimes runners just have to trust their gut on digestive issues
June 8, 2020 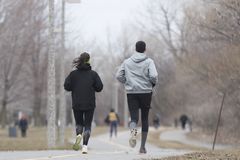