Runner’s high, in the popular imagination, is an endorphin-fuelled euphoric interlude. As neuroscientist and runner Arnold Mandell famously described it in the 1970s: “Colours are bright and beautiful, water sparkles, clouds breathe, and my body, swimming, detaches from the Earth.”

That sounds wonderful – but to most runners, it’s false advertising. Instead, the neurochemical rewards of running tend to be subtle and highly variable, and the causes remain poorly understood by scientists. That complexity is on full display in a new study that reveals the potent mix of brain chemicals unleashed by sustained exercise, and explores how our genes influence our individual responses.

The study, which appears in the journal Medicine & Science in Sports & Exercise, was led by Pennsylvania State University neuroscientist and medical researcher Steven Hicks – himself a former collegiate long-distance runner – who applied a new technique that enabled him to look at which sets of genes are turned up or down in the brain during exercise.

The most popular explanation for runner’s high fingers endorphins, the body’s internal morphine equivalent, as the culprit. But recent studies have also implicated other sets of brain chemicals including endocannabinoids, the body’s version of marijuana’s active ingredients, resulting in several conflicting theories about the phenomenon’s biological underpinnings.

Hicks’s study offered an opportunity to pit these theories against each other by analyzing “microRNAs,” a class of small signalling molecules discovered in the 1990s. These microRNAs regulate how strongly different genes are expressed in cells throughout your body, including the brain. By analyzing microRNAs in a simple spit test, the researchers would get clues about which brain pathways were most active during runner’s high.

In 2017, Hicks and his colleagues published data suggesting that microRNA analysis could be used to diagnose concussion. To develop a practical diagnostic test, researchers first need to figure out which signals are turned on and off during exercise with no concussion – hence their interest in runners. As a long-time runner, Hicks decided to use the opportunity (and funding from the company developing the microRNA concussion test) to tack on some additional analysis of runner’s high.

To do so, he took spit tests from a group of collegiate runners before and after their weekly long run, which averaged 18 kilometres. He used questionnaires to determine who experienced a runner’s high, based on criteria such as improved mood, lost sense of time (going at least 30 minutes during the run without checking a watch) and reporting feeling “strong,” “effortless,” “relaxed” or “euphoric.” In total, 13 runners met the criteria, and their results were compared to a matched group of 12 runners with similar characteristics who didn’t experience a runner’s high.

Of the 2,800 microRNAs that have been identified in humans, six showed significant changes in the runner’s-high group compared to the control group. Sure enough, some were associated with the opioid pathways that respond to endorphins. But others were associated with endocannabinoid processing, and also with a neurotransmitter called GABA that plays a role in, among other things, the feeling of sedation you get from drugs like benzodiazepines. In other words, in the clash of rival theories of runner’s high, the answer was all of the above and more.

There was another telling wrinkle that confirmed that Hicks’s questionnaire had successfully picked out runners for whom something special was happening in the brain. Those classified as having runner’s high also experienced a clinically significant drop in core temperature and had more dilated pupils than the control group after the run – both hallmarks of benzodiazepine use.

Still, they weren’t necessarily babbling about breathing clouds and their bodies detaching from the Earth. In some ways, what’s most interesting about the findings is that they suggest runner’s high isn’t just one thing and doesn’t have to be extreme. “It’s a continuum, not a yes-no thing,” Hicks says.

So if you’ve decided to make 2019 the year you stick with running, don’t hold out for big euphoric interludes. Instead, tune in to the more subtle changes in mood and outlook – what running writer Scott Douglas calls “the ‘yes’ sensation” – that accompany even the most unspectacular run. And stop checking your watch. 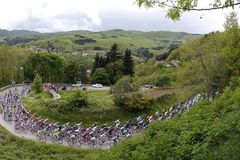 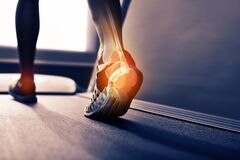 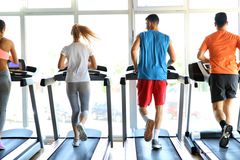