During a family trip to Alberta last month, I got a taste of what millions of people across the country have been dealing with this year. One day it was bluebird skies and crisp mountain air; the next, it was so hazy that we couldn’t even make out the craggy peaks across the highway from our hotel in Canmore.

That presented my wife and me with a dilemma. Our phones were pinging with warnings to stay inside and avoid exercise due to the negative health effects of breathing wildfire smoke. But we wanted to run.

There’s no doubt whatsoever that breathing polluted air is bad for you, whether it’s the small particles in seasonal wildfire smoke or perennial irritants such as ground-level ozone and carbon monoxide from cars and factories. In fact, you can use daily air quality readings to predict the rise and fall of hospital admissions for conditions such as stroke and heart attack with remarkable accuracy.

But there’s also no doubt that exercise is good for you – and a recent study in the Canadian Medical Association Journal offers some cautious hints that the benefits of working out, even in less-than-pristine air, may overwhelm the negative effects of air pollution in the long run.

The new study, led by Xiang Qian Lao of the Chinese University of Hong Kong, combed through the medical records of 384,130 adults who enrolled in a medical screening program starting in 1994. A questionnaire gathered information on the subjects’ typical exercise habits, and their home address was used to estimate exposure to small-particle air pollution.

As expected, those who exercised regularly had a lower risk of dying from natural causes during the study period. The most active third of the subjects, who racked up a little more than the standard recommendation of 150 minutes of moderate exercise per week, lowered their risk by 35 per cent compared to non-exercisers.

When the subjects were divided into three groups based on their pollution exposure, the highest-pollution group had a 15-per-cent increase in risk of death compared to the lowest group – also as expected.

The key point is the interaction between the two factors: Heavy exercisers (i.e. those meeting or exceeding public health guidelines) in polluted neighbourhoods were longer-lived than sedentary people and even moderate exercisers in the cleanest neighbourhoods. Exercise clearly trumped pollution.

Lao’s study isn’t the first to reach this conclusion. A series of experiments led by Universidade Brasil researcher Rodolfo de Paula Vieira, published in 2018, found that the anti-inflammatory and antioxidant effects of aerobic exercise seemed to overwhelm the lung inflammation and oxidative damage that would otherwise be produced by breathing polluted air.

Still, there are some important caveats, Lao points out.

“Our study targeted the combined health effects of regular exercise and chronic exposure to air pollution,” he explained in an e-mail. “It does not suggest that exercising over a short period of time with particularly bad air quality is a better option than not exercising, especially for vulnerable people. We recommend indoor exercise when air quality is particularly bad.”

The type of exercise may also matter. Research from sports medicine physician Michael Koehle’s environmental physiology lab at the University of British Columbia suggests that more intense exercise doesn’t make the effects of pollution any worse than mild exercise. In contrast, the longest exercising-in-pollution studies only last 90 minutes, so the effects of, say, a four-hour bike ride remain unstudied.

“With such a long exposure to poor air quality, even though the intensity is low, the cumulative dose would be significant,” Koehle says. That means shorter and more vigorous may be a better option than long and slow during periods of high pollution.

To Lao, the take-home message from his study is that people can benefit from regular exercise even if they live in a polluted area – an important finding, he says, because 90 per cent of the world’s population lives in places where air quality doesn’t meet World Health Organization guidelines.

There’s a broader point, Koehle adds: Air pollution is bad all the time, not just during exercise. If you can work out early in the morning, or in a traffic-free park, or in a gym with reliably clean indoor air, that’s a great idea. But you can (and should) also minimize your exposure during the other 23 hours of the day. If you can do that, then the data suggest that sneaking in a run on a smoky morning in Canmore – as my wife and I did – might not be so bad after all.

What kind of training does it take to become a world-beating athlete?
Subscriber content
August 8, 2021 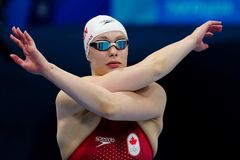 As we return to the gym, will ‘muscle memory’ kick in?
Subscriber content
July 11, 2021 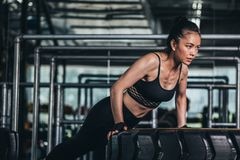 When it comes to achieving fitness goals, the voice in your head matters
Subscriber content
June 27, 2021 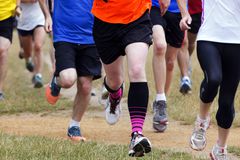