The last pill in my supplement cabinet is vitamin D. As the evidence has mounted, I’ve concluded that an antioxidant pill can’t replace fruits and vegetables, and an oil capsule can’t replace a fish.

Still, I’ve held out hope that a vitamin D pill could stand in for the sunlight I work so hard to avoid with my broad-brimmed hat, loose long-sleeved shirts and the maddening habit of crossing streets to find an extra sliver of shade. After all, reams of observational data link low vitamin D levels to outcomes such as cancer and heart disease.

But with the recent publication of yet another failed vitamin D supplement study, that’s looking less and less likely. This time, in JAMA Cardiology, researchers at Michigan State University collated the data from 21 randomized trials involving 83,000 people to conclude that vitamin D supplements don’t reduce the risk of heart attack, stroke or deaths related to heart disease.

It’s the latest in a series of rigorous trials that collectively suggest vitamin D pills are good for your bones and not much else – and it suggests that, when it comes to the health-giving effects of sunshine, we should accept no substitute.

Sunlight, according to University of Edinburgh dermatologist Richard Weller, presents us with a classic mix of risks and benefits. In recent decades, most of our attention has focused on the risks of skin cancer – with good reason.

Does walking 10,000 steps a day really keep you healthy? A closer look at step-counting

Does your birthday determine your chances of becoming an elite athlete?

But the magnitude of those risks may have gotten blown out of proportion. Of the two main types of skin cancer, melanomas are by far the most deadly. They’re mostly associated with intermittent sun exposure that results in burns, particularly if they occur in childhood, rather than regular exposure that produces a tan.

“So when I diagnose them, the first thing I say is congratulations,” he says. “You’re leaving my consulting rooms with a longer life expectancy than when you came in.”

Against these risks – which, while modest, are certainly real – you have to weigh the potential benefits of sun exposure. Beyond vitamin D, there are several other theories about how sunlight regulates circadian rhythms, inflammation levels, gene expression and other factors that can translate into better health and even longevity.

In the 1990s, Weller showed that the skin contains a vast reservoir of nitric oxide, a powerful molecule that reduces blood pressure, which is released into the body when exposed to sunlight. This effect could have far-reaching effects in reducing cardiovascular disease – which might help explain why the recent Michigan State analysis found that popping a vitamin D pill didn’t reproduce the expected heart-health benefits of sunlight.

All of this makes finding the right balance between sun risks and benefits challenging. At the First International Conference on Sun Exposure and Human Health, which was held earlier this year in Washington, much of the debate focused on what recommendations should be given to the public.

“Most thought ‘Just don’t burn’ was good, but some thought that was too lenient,” says Rowan Jacobsen, a science journalist who attended the conference and is working on a book about sun exposure. “It’s hard to cut yourself off before you burn … So I think a better recommendation is, ‘Get a little, but don’t even come close to burning.’”

Weller, meanwhile, has developed a sunscreen that contains a nitric oxide precursor, so that you can block ultraviolet rays but still get the surge of nitric oxide. After failing to get major sunscreen manufacturers interested, his Dr. Weller’s Sunwell Sunscreen is due to launch in Britain this month.

Still, he knows there’s lots more research to be done. He hopes the end result will go beyond reformulating sunscreen to reset our relationship with the fiery orb that powers our planet, and free us up to enjoy the all-too-brief Canadian summer.

“Even if it turns out that sunlight is neutral and the good balances the bad, I have a real fear that we’ve frightened people about the outdoors,” he says. “I mean, forget everything else. Being outside is good for the spirit. It’s good for your soul.” 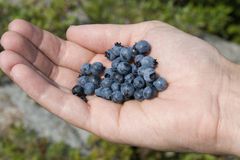 Sunscreen is still a summer essential, in spite of its detractors
June 24, 2019 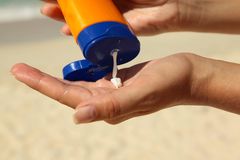 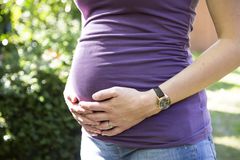