Most of us don’t have time to prepare all of our meals and meal ingredients from scratch. We rely on processed foods such as ready-to-eat breakfast cereals, sliced bread, canned tomatoes, frozen meals, packaged snack foods and store-bought condiments.

Read ingredient lists and you may find that food additives are a bigger part of your diet than you thought. Most have excellent safety records, but others are controversial because questions about their safety have been difficult to answer.

Regulated by the Food and Drug Regulations issued by Health Canada, food additives must pass through rigorous testing that assesses their effectiveness and safety.

In some people, additives can trigger hives, headache, diarrhea, asthma, even severe anaphylactic allergic reactions. And some may contain carcinogenic compounds.

Here’s what you need to know about controversial synthetic additives – what they’re used for, which foods you’ll find them in and how to avoid them.

These synthetic dyes are used to enhance a food’s natural colour or add colour that’s not naturally present. On ingredient lists, they also go by FD&C Red No. 40 (Allura Red), FD&C Yellow No. 6 (Sunset Yellow) and FD&C Yellow No. 5 (tartrazine).

Food dyes have been linked to hyperactivity and aggressiveness in a small percentage of children, even those with no prior behavioural problems. In Europe, food products that contain these dyes must carry a warning that the additives “may have adverse effects on activity and attention in children.”

Tartrazine may cause allergic reactions such as hives, itching and nasal congestion in some people.

Lab studies also suggest these dyes contain cancer-causing contaminants. One such chemical in Allura Red is thought to be possibly carcinogenic to humans. To date, there’s no evidence that consuming foods containing these dyes increase cancer risk in people. And the evidence that they do so in lab rodents is controversial and inconclusive.

Even so, it seems an unnecessary risk to be eating foods that contain artificial colours.

Most studies on BHA (butylated hydroxyanisole) and BHT (butylated hydroxytoluene) have been conducted in animals and test tubes, not in people. While findings on BHT have been mixed, international organizations have found BHA to cause cancer in lab animals.

In 2010, after evaluating the science, Health Canada concluded that BHA is not harmful to human health at current levels of exposure. Use of BHA and BHT in foods is restricted in Europe.

This dough-conditioning agent may be added to white and whole-wheat flour to add volume and texture to products such as hamburger buns, English muffins, pizza dough and doughnuts.

ADA was banned in Europe after it was learned that the additive breaks down to form carcinogenic chemicals during baking. Health Canada has deemed the additive and its byproducts safe after an assessment of data collected by Statistics Canada four decades ago – outdated research according to some experts.

Banned in Europe and Japan, brominated oils are permitted in Canada. They are added to some soft drinks and sports drinks to prevent citrus flavouring from separating and floating to the surface.

The concern: Brominated oils contain bromine, a chemical element also found in brominated flame retardants. Bromine appears to accumulate in the body and some reports suggest that consuming drinks with brominated oils may lead to muscle problems, fatigue and memory loss.

To avoid these synthetic additives, read ingredients lists to find out if they’re in a food product (this doesn’t work for bakery products made from flour with ADA).

Use your voice. It’s up to food manufacturers to decide whether or not to use certain additives; let them know your concerns.

Consider choosing organic foods, which are produced without synthetic additives.

Leslie Beck, a Toronto-based private-practice dietitian, is director of food and nutrition at Medcan. 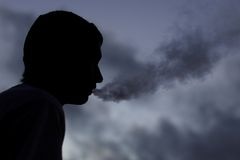 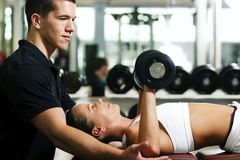 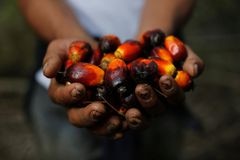