Q: Is sea salt healthier than regular salt if I have high blood pressure? Should I switch to a salt substitute?

If your blood pressure is elevated, cutting back on salt is a smart thing to do. That’s because salt contains sodium, a mineral which, when consumed in excess, can drive up blood pressure.

Whether you flavour your foods with sea salt or table salt, you need to sprinkle either of them lightly. And besides minding the salt shaker, there are other effective ways to lower blood pressure.

The differences between the various types of salt have to do with processing, texture and taste, not sodium content. By weight, all types of salt are 40-per-cent sodium and 60-per-cent chloride.

Table salt is mined from salt deposits and then refined to remove naturally occurring minerals. Most table salt is fortified with iodine (called iodized salt), a mineral that’s essential to make thyroid hormones.

Sea salt, produced from ocean water, undergoes minimal processing and, as a result, retains minerals such as calcium, magnesium and potassium. The minuscule amount of minerals can affect the taste and colour of sea salt, but it won’t affect your nutrient intake. Sea salt may or may not be iodized.

Similar to table salt, kosher salt comes from mines but it’s less processed and is iodine-free.

How much sodium is too much?

Our body needs sodium to maintain fluid balance and for proper muscle and nerve function. Adults require 1,500 mg of the mineral each day until the age of 50. With age, the body becomes more sensitive to the blood-pressure-raising effect of sodium; daily requirements drop to 1,300 mg for people between 51 and 70, and 1,200 mg for those older than 70.

The U.S.-based Institute of Medicine, the organization that sets dietary recommendations for North Americans, recommends limiting daily sodium intake to 2,300 mg. According to Health Canada, Canadians consume too much sodium, averaging 2,760 mg each day.

If you have high blood pressure, the Canadian Hypertension Society advises limiting sodium to 2,000 mg a day.

Other commercial salt substitutes are simply blends of herbs and spices and are sodium-free.

Instead of using a salt substitute, you can flavour foods with fresh herbs, lemon or lime juice, garlic, ginger or flavoured vinegars.

Cutting back on salt at the table and in cooking is a helpful way to reduce sodium intake. However most of the sodium we consume – 77 per cent – comes from packaged foods and restaurant meals, not the salt shaker.

The latest data from Health Canada, published in 2018, found that bakery products, mixed dishes and processed meats accounted for half of the sodium Canadians consume. Other big contributors were cheese, soup, sauces and condiments.

DASH stands for Dietary Approaches to Stop Hypertension, the name of a landmark randomized controlled trial, published in 1997, which proved that such an eating pattern had a potent blood-pressure-lowering effect in people with hypertension.

If overweight, lose excess weight. Even a 10-per-cent loss can lower blood pressure and reduce the need for medication.

Limit alcohol intake to one or two drinks a day. One drink is equivalent to five ounces of wine, 12 ounces of regular beer or 1.5 ounces of spirits.

No meat? No problem. Protein powder is here for you
Subscriber content
May 11, 2020 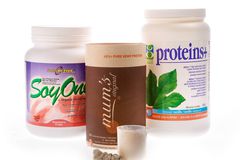 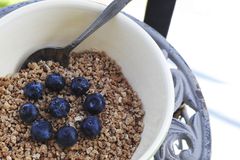 The perfect time to teach your children healthy eating
April 20, 2020 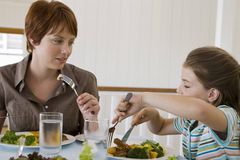