I recently moved to Alberta from Ontario. At the first appointment with my new family doctor, I learned that Alberta doesn’t start doing pap tests to screen for cervical cancer until the age of 25. I’ve already had one of these tests in Ontario. Why isn’t testing the same across Canada? My body didn’t suddenly change when I crossed a provincial boundary.

We tend to think of our health-care system as a national program. In reality, the provinces and territories are responsible for delivering health-care services. That means local authorities are in charge of setting up health programs and sometimes opinions vary about what’s the best approach. As a result, cancer screening can differ from one part of the country to the next.

But there’s now a growing consensus in the medical community that pap testing should be started at a later age – a step already taken in Alberta and British Columbia. You’re likely to see more territories and provinces – including Ontario – moving in the same direction.

“We are reviewing the evidence and there will be change coming,” says Dr. Joan Murphy, clinical lead of Cancer Care Ontario’s cervical-screening program.

The chief concern is that overtesting can result in unnecessary treatments that may do more harm than good.

Almost all cases of cervical cancer arise from an infection with the human papillomavirus (HPV), which is primarily spread through sexual activity.

There are actually many different types, or strains, of HPV. Some produce benign warts that the immune system eventually eliminates. But others can trigger cellular changes that lead to cancer.

Cervical screening has traditionally involved a pap test. A doctor or nurse uses an instrument called a speculum to separate the walls of the vagina in order to scrape off some cells from the surface of the cervix. These cells are then examined under a microscope to look for alterations that could be precursors to cancer.

The goal of screening is to detect abnormal cells and remove them before they become cancerous.

“Screen early and screen often has been the mantra,” says Murphy, who is also program chief at Trillium Health Partners.

Once abnormal cells are found, follow-up tests are done to determine whether they represent significant precancerous changes, which can then be treated with removal by excision or laser ablation.

This treatment gets rid of potentially harmful cells, but it can undermine the integrity of the cervix, which plays a critical role during pregnancy, says Dr. James Dickinson, a professor of family medicine at the University of Calgary.

The cervix, he explains, holds the cavity of the uterus closed during a pregnancy until it’s time for the woman to give birth. If the cervix is weakened, the chance of preterm birth increases.

The risk is considered to be relatively small and studies have demonstrated that screening significantly reduces a woman’s chances of getting cervical cancer. Even so, doctors can’t always say for sure which abnormal cells will develop into invasive cancer and which ones will resolve on their own and not be a problem. So this can lead to some amount of overtreatment.

In order to minimize needless treatment, Dickinson and others have been urging that screening should start when women are at least 25 years of age, rather than 21 – the usual guideline in much of Canada. (The test is repeated every two to three years until the age of 65 to 70.)

He points out that very few women develop cervical cancer in their teens or early 20s.

Dickinson argues that screening should focus on women over 30 years old – among whom the benefits are likely to exceed the risks.

It’s also worth noting that increasing the age for the first screening isn’t the only change in the works. Ontario and some other provinces are also considering a new test that searches for the genetic material of cancer-causing HPV strains in cervical cells.

This approach should produce more reliable results than the traditional method of looking for cellular abnormalities under a microscope, says Dr. Rachel Kupets, a gynecologic oncologist at Sunnybrook Health Sciences Centre in Toronto. Greater accuracy, she adds, could make it possible to reduce how often women are screened.

In addition to better testing, prevention efforts are also under way. School-based programs are vaccinating teens against HPV before they become sexually active. The vaccines don’t protect against all strains of HPV and not everyone will be inoculated. So, the need for screening will continue.

An estimated 1,550 Canadian women were diagnosed with cervical cancer in 2017 and 400 died from it.

“Though these numbers are low compared to other cancers, it is only through screening and appropriate treatment that they remain this low,” Murphy says. “With a combination of high-quality screening and HPV immunization, cervical cancer can almost disappear.” 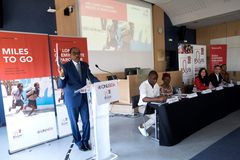 Canadian researchers study suicide notes to find clues toward prevention
July 17, 2018
Follow us on Twitter @globe_health Opens in a new window
Report an error Editorial code of conduct
Due to technical reasons, we have temporarily removed commenting from our articles. We hope to have this fixed soon. Thank you for your patience. If you are looking to give feedback on our new site, please send it along to feedback@globeandmail.com. If you want to write a letter to the editor, please forward to letters@globeandmail.com.
Comments