Her body withered by amyotrophic lateral sclerosis, a fatal neurodegenerative disease that is rapidly robbing her of strength, Gloria Taylor braced for the press conference by taking a few deep breaths, then she clutched a plastic water bottle in two crippled hands and drank awkwardly.

"It's pretty scary," she would say later of what it is like to face the media to discuss her legal fight to win the right to have a physician help her die. "I'm just a small-town girl and I've never done anything like this before."

The press conference was organized by the B.C. Civil Liberties Association to focus public attention on a summary trial under way in the Supreme Court of British Columbia. The case, in which Ms. Taylor is one of several plaintiffs, is the first constitutional challenge in 18 years to Criminal Code sanctions that make physician-assisted suicide illegal in Canada.

Ms. Taylor came into the room in a wheelchair pushed by her younger sister, Patty Ferguson, who leaned against a wall, quietly wiping away tears as Ms. Taylor faced the cameras and explained why she wants the right to die.

"I am scared about how my disease will progress. With ALS, I cannot know which functions will be impacted next. I fear losing the ability to get out of bed and the ability to speak. ALS affects the muscles used to breathe. ... I fear that I will eventually suffocate and die, struggling for air like a fish out of water," she said. "In short, with this ugly disease, I am deteriorating every day. I am slowly dying, piece by piece, day by day."

Ms. Taylor, a 63-year-old divorced mother with two adult sons and a granddaughter, said it should be legal for her to seek an end to her life with the help of a physician.

She said she is in almost constant pain and one of her greatest fears "is to be reduced to a condition where I must rely on others for all of my needs. I do not want to live in a bedridden state, stripped of dignity and independence."

But Ms. Taylor stressed that although she is seeking the legal right to die, she is not rushing towards death.

"I must make this very clear – I do not want to die. I don't want to die any more than any one of you. I want to live every day that I can to the fullest, one day at a time. What I do not want is to die an agonizing, slow, difficult, unpleasant, undignified death," she said. "While I appreciate that others may feel differently about it, personally, I would find it horrible to end my life by lying completely sedated and unconscious in a hospital bed in order to treat my pain until I finally die."

Ms. Taylor does not know how long she has left to live, but she does know how terrible a death from ALS can be, because she watched what happened to her friend Peter Fenker, a 71-year-old retired logger who died from the disease in October, two months after swearing an affidavit to support the case.

"He believed that all Canadians should have the right to die with dignity. He wanted the choice himself, but he was not able to have it. He so desperately wanted to die for a long time. His death was not peaceful and it was not dignified," she said.

"When I have decided that enough's enough, I want to die in a way that's consistent with the values and principles I have tried to live by. It is my life, my body and it should be my choice as to when and how I die," said Ms. Taylor, who lives in Westbank, near Kelowna in the Okanagan Valley.

She is in Vancouver to attend the trial on Thursday, although she will not be called to give oral evidence.

In a summary trial, which is quicker and less expensive than a full trial, most evidence is given in affidavit form.

"It's important to me because … I want a face to the name," she said of her decision to make the difficult journey to Vancouver.

"It's important to me to represent the people of Canada who want this right. The people need to know who it is … that's talking and that's fighting for this right for them. And it's important that the judge knows who this person is, I believe, so she can say, 'Okay, that's the lady that's doing this.'" 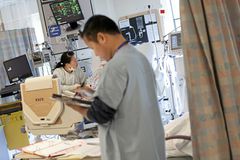 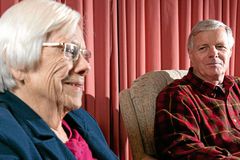