When suffering from a headache, back strain or menstrual cramps, reaching into the medicine cabinet for a painkiller can offer quick and easy relief. While these medications are generally safe if taken in the recommended doses for a short duration, it is important to recognize that they have risks just like prescription medications do. And in reality, because they don't come with an explanation of potential side effects and interactions like prescription drugs do, over-the-counter medications can be more harmful.

By understanding the potential risks of common over-the-counter medications, you can minimize the side effects and interactions that may occur. Let's focus on painkillers since they are common and readily available.

It sounds like your mother had a potential reaction to an anti-inflammatory painkiller such as ibuprofen (Advil, Motrin) or naproxen (Aleve). They belong to a class of medications known as non-steroidal anti-inflammatories (NSAIDs).

When we have an injury, chemicals called prostaglandins are released, producing an inflammatory response of swelling and pain. Prostaglandins can also cause fever by triggering the heat regulation centre in the brain to elevate body temperature. While prostaglandins produce pain and fever, they also have a protective function in parts of the body such as the insulating lining of the stomach and gastrointestinal system that prevents damage by acid.

Because NSAIDs also reduce the prostaglandins that protect the stomach lining, they can lead to irritation of the stomach (gastritis) or ulcer formation and bleeding in more serious cases. In addition to their potential gastrointestinal side effects, use of NSAIDs can increase blood pressure by reducing blood flow to the kidneys and, with long-term use, they can lead to kidney damage. For these reasons, those who are at risk of kidney damage, have underlying heart disease or high blood pressure, and those who have a previous history of ulcers or gastrointestinal bleeding, should use NSAIDs under the guidance of their physician.

Acetaminophen (Tylenol) is an effective pain and fever reducer but it is not considered to have anti-inflammatory properties. It is thought to be safe as long as the recommended dose is not exceeded. If taken in high doses, it can carry some risk.

Acetaminophen is metabolized in the liver before it is eliminated from the body. In higher than recommended doses, it can cause liver damage due to an accumulation of its breakdown products (metabolites). If combined with alcohol or other medications that may interfere with the clearance of these metabolites, the damage can be compounded. Most cases of liver damage from acetaminophen are the result of intentional overdose, but there are several incidents related to unintentional or accidental overdosing as well. Because acetaminophen is found in more than 200 other medications such as those used for cough and cold formulations and some prescribed drugs, many will take higher than the recommended dose without knowing it. This highlights the importance of reading the ingredients label and having a discussion with the pharmacist if you take other medications.

Dr. Sheila Wijayasinghe is the medical director at the Immigrant Womens' Health Centre, works as a staff physician at St. Michael's Hospital in their Family Practice Unit and at Hassle Free Clinic, and established and runs an on-site clinic at Women's Habitat Shelter in Etobicoke. 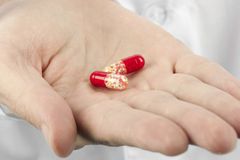 Can I become dependent on sleep medication?
December 27, 2010
What should a well-stocked medicine cabinet contain?
November 18, 2010
Follow us on Twitter @globeandmail Opens in a new window
Report an error Editorial code of conduct
Due to technical reasons, we have temporarily removed commenting from our articles. We hope to have this fixed soon. Thank you for your patience. If you are looking to give feedback on our new site, please send it along to feedback@globeandmail.com. If you want to write a letter to the editor, please forward to letters@globeandmail.com.
Comments