Unless he immediately ceased all activities relating to the substances involved, the letter warned, the RCMP would be notified.

Dr. Maté, a family practitioner who specializes in addiction, said he will reluctantly comply with the order.

"I have no intention of breaking the law," he said in an interview. "But I hope to get permission to use it in therapeutic context. I'm surprised no one thought to talk to me before sending the letter, but I suppose someone in Ottawa is just doing their job."

Over the past two years, Dr. Maté has administered the medicine – consumed as a thick tea – to about 150 to 200 patients, principally Vancouver-area drug addicts.

Several have since reported significant breakthroughs.

"I think Health Canada's threat to be ridiculous and unfortunate," said Megan Hames, 36, who was part of Dr. Maté's trial group.

A youth worker and restaurateur, Ms. Hames said she has battled various addictions since her youth, including addictions to cocaine, benzoates, marijuana and alcohol.

"Ayahuasca saved my life," she said. "It enabled me to look at all those dark things I buried long ago … to unleash them and the pain, so that I could move forward."

According to Dr. Maté, "ayahuasca is not a drug in the Western sense, something you take to get rid of something. Properly used, it opens up parts of yourself that you usually have no access to. The parts of the brain that hold emotional memories come together with those parts that modulate insight and awareness, so you see past experiences in a new way."

The natural human response to pain is to escape it, he added. "That's the essence of addiction. Ayahuasca allows users to hold pain and not run from it."

Used for thousands of years by indigenous populations in the Amazon basin, ayahuasca is legal in Brazil, where it forms the core of three syncretic religions, and in Peru, for traditional purposes. The U.S. Supreme Court ruled in 2006 that ayahuasca is legal for religious purposes. And the International Narcotics Control Board has ruled that ayahuasca is not considered a controlled substance under the UN's drug-control treaties.

In 2006, a Health Canada study found no serious health hazards to using ayahuasca; instead, it reported health promotion and spiritual benefits.

On that basis, it recommended that a special exemption be granted, allowing a small Montreal group to drink the tea in a spiritual context.

In a 2011 doctoral dissertation on Canadian ayahuasca policy, Kenneth Tupper said the Health Canada exemption marked a historic moment in Canadian drug policy and human rights – the first acknowledgment of the legitimacy of using an illegal psychoactive substance for spiritual purposes.

However, the proposed exemption was contingent on issuance of export permits from Brazil. The permits remain the subject of bilateral negotiations.

"For a controlled substance to be used in Canada, there's a process that needed to be undergone," Health Canada's Ms. Beaulieu said in an interview. "We'd welcome scientists like Dr. Maté talking to us before they start their work. Our intent is not to stop research or treatment. It's to ensure the safety of Canadians."

In the meantime, the constituents of ayahuasca – derived from the vine and leaf of two separate Amazonian plants – remain illegal in Canada.

Dr. Maté's work with the plant medicine is the subject of a Nature of Things documentary airing at 8 p.m. Thursday on CBC.

Opinion
Don't shut the door on nature's own pharmacy
November 14, 2011 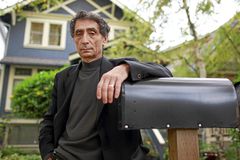