Last Saturday morning, a 19-year-old law student jumped to his death from the 15th floor of a residence building at the University of Ottawa.

Is that news? If so, how detailed should the news reports be? Will drawing attention to the tragedy be helpful or harmful?

How to cover suicides poses one of the most difficult ethical dilemmas for journalists and editors.

There were 3,743 suicides in Canada in 2005, the most recent year for which data are available.

What a tragic waste of life.

Should we be turning a blind eye to this carnage so as to not offend sensibilities? Or should we be shining a light on suicide deaths - most of them preventable - to highlight the underlying cause, which is often untreated mental illness?

Earlier this year, the Canadian Psychiatric Association published guidelines for media reporting on suicide. The guidelines have, as their premise, that "media coverage of suicide is proven to lead to copycat suicides."

Many believe that research is epidemiologically weak, but, regardless, the evidence as it exists suggests that media stories about suicide can be harmful particularly if they are given prominent play in the newspaper or on a newscast, if the stories are repeated often and if they involve a celebrity.

One study showed an increase in suicides following the suicide of Gaétan Girouard, a high-profile Quebec TV personality, and the reverential coverage that followed. Susan Abbey, president of the CPA, said: "Reporting on suicide can't be banned but it can be responsible."

In its media guidelines, the psychiatrists' group urges reporters and editors to avoid the following: giving details of the suicide method, using the word "suicide" in the headline, publishing photos or "admiration of the deceased," repetitive, excessive, or front-page coverage, "exciting" reporting, citing romanticized or simplistic reasons for the suicide, the idea that suicide is unexplainable and approval of the suicide.

The position paper essentially calls on journalists to sweep uncomfortable details under the carpet, to dehumanize the dead.

At the same time, the guidelines make the point that journalists have a tremendous opportunity to educate the public about mental-health problems and their treatment. The CPA says that when articles are published about suicide they should feature information on how to get help if a person is suicidal and remind readers that suicide is usually the result of treatable mental illness.

In the case of the University of Ottawa death, how did the media fare in respecting those guidelines?

The Ottawa Citizen published an article entitled "Students seek answers in on-campus death." It did not name the student, or even use the word suicide, stating that he "fell to his death." The paper also quoted a psychiatrist who said all the right things.

CBC Ottawa published a story on its website entitled "U of O students mourn suicide victim." It revealed the student's name and spoke to his friends, who spoke of him with admiration. The broadcaster also published a photo of a memorial featuring an emotional goodbye card.

The Fulcrum, the student newspaper, published only a small article entitled "University reacts to campus tragedy." The paper published the student's name but it did not use the word suicide. Most of its article focused on the availability of counselling and mental-health services on campus.

The policies that have been produced by media, doctors' groups and mental-health organizations are well-intentioned but prudish and counterproductive.

Sure, there is some evidence that suggests media coverage of suicides can trigger copycat acts, but it's scientifically weak. The science though is incontrovertible when it comes to showing that suicide is a symptom of severe, untreated mental illness. Let's stop pretending suicide is something mysterious and shameful.

The seemingly compassionate rules are a convenient excuse for avoiding discussion of (and reporting on) an issue that makes us highly uncomfortable.

The guidelines are also outdated and anachronistic in the Facebook age.

Emma Godmere, editor of The Fulcrum, noted that within minutes of the student's suicide, she received the news electronically. "I got a text, a BlackBerry message and an e-mail right away," she said. Later, there were Facebook posts (the deceased student's Facebook page is still up; in his photos, he is so young and alive) and news editors at university newspapers were tweeting each other to exchange advice on covering campus suicides.

Let's face it, with technological advances and shifting mores, privacy is not what it used to be. Neither is suicide.

The article in The Fulcrum will not trigger copycat suicides. Nor will the Facebook posts and other cyberspace exchanges, nor the touching memorial.

Maybe the taboos are finally being shattered. Maybe by talking more openly about mental illness we can prevent suicides.

Burying our heads in the sand and self-censoring our stories certainly has not worked. 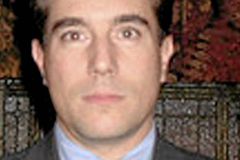