If you've already abandoned your New Year's health resolutions, these probably sound like the empty promises of the fitness magazines and diet books now gathering dust on your shelf. But what if the secret to a healthier, more youthful you is actually as basic as eating fewer calories?

Adherents of calorie restriction believe in such a solution. You may have heard of them. They're those lean-bodied nutrition fanatics who limit their daily energy intake – in some cases drastically, by as much as 40 per cent below normal – with the goal of achieving a longer, healthier life. These days, a growing body of research suggests they're on to something. Scientists who study calorie restriction say there's reason to believe it could be a powerful weapon against a host of ailments associated with aging, from diabetes to dementia.

Brian Delaney, the president of the North Carolina-based Calorie Restriction Society International, is 48 years old, but he may as well be 25. Mr. Delaney, co-author of the book The Longevity Diet, began practising calorie restriction nearly two decades ago. He attributes his remarkably youthful condition to his active lifestyle and diet of less than 2,000 calories a day, compared with his prerestriction diet of about 3,000 calories a day. (Three thousand calories a day is on par with Health Canada's estimated energy requirements for active 19- to 30-year-old men.) As a participant in a calorie restriction study at the Washington University in St. Louis, he's had a variety of biomarkers measured, such as blood pressure levels, fasting glucose levels, cholesterol, DNA damage and arterial elasticity, and the results are typical of someone at least 20 years younger.

"I don't look 25. … I look a little bit younger than I am," he acknowledges, but those test results, he says, provide validation for limiting what he eats.

In recent years, as calorie restriction has gained legitimacy, Mr. Delaney's society, which he helped create in 1994, has recorded a surge in membership. It now numbers roughly 2,500 members, including at least a few dozen based in Canada.

"We've seen a huge amount of growth in the last three or four years," he says, "and that's primarily because … there have been a lot of new studies coming out that confirm what most of us believed, based on past studies with laboratory animals."

As early as the 1930s, researchers at Cornell University discovered that lab rats fed a calorie-restricted diet lived twice as long as other rats. Since then, similar findings on the age-defying benefits of calorie restriction have also been shown in insects and mice.

"This molecule is definitely present in human neurons and is apparently deeply involved in aging-associated neurodegeneration as it is observed in Alzheimer's and Huntington's diseases; thus, in principle, [calorie restriction]should be of help against those disorders," he says.

Scientists say there's still much research to be done on the impact of calorie restriction on humans. But at the Pennington Biomedical Research Center in Baton Rouge, La., Eric Ravussin, one of the researchers involved in a major U.S. study called CALERIE sponsored by the National Institute on Aging, says calorie restriction can reduce people's metabolic rate and body temperatures, which results in less oxidative stress.

"Oxidative stress is a nasty thing. It damages protein, it damages lipids and also it damages DNA, and when you damage your DNA, you have mutation and basically occurrences of cancers," he explains.

It's impossible, however, for researchers to say whether calorie restriction can really lead to longevity in humans. That would require an unrealistically long study. But when it comes to "secondary aging," which is all the diseases associated with age and obesity, such as diabetes, cardiovascular disease, hypertension and some forms of cancers, Dr. Ravussin says: "There's no question that you would delay the occurrence of these diseases by calorie restriction."

Is calorie restriction something the average person can do? I want to try it for myself(not to mention get 2012 off to a healthy start), so I pick up a copy of The CR Way, one of the several how-to manuals recommended by the Calorie Restriction Society, and a digital kitchen scale to weigh my food and get to it.

I quickly discover I'm not used to think about food as fuel. To reduce my daily intake by 30 per cent I have to train myself to stop eating for the sheer joy of it.

The need to weigh, measure and portion every morsel of food, not to mention abstain from calorically high and nutritionally deficient indulgences such as cocktails and desserts, has me questioning whether the effort is worth the extra years I could potentially gain. Moreover, there's little point in longevity if none of my friends and family will embark on this regimen with me. What could be worse than outliving your loved ones?

On the other hand, longevity is only part of the reason people practise calorie restriction. Even Mr. Delaney acknowledges that the idea of expecting to live to be 140 is "a little bit nutty." He does it because it feels good.

Undeniably, a periodic, low-level hunger, which feels uncomfortable and distracting at first, starts to seem pleasant after a while. Two weeks in, I already feel lighter and less bloated. (Mr. Delaney warns that people predisposed to eating disorders need to be careful.)

But the ultimate goal of health, not merely weight loss, is what separates calorie restriction from your run-of-the-mill diet. And there's reason to believe this is a stronger motivator to stay on track than simply wanting to look thinner.

Sure, I may be able to reduce my daily energy intake for a couple weeks. But can I keep it up for the long-term? Ask me again in 100 years.

What's the difference between calorie restriction and regular weight-loss diets?

Adherents of calorie restriction limit their daily energy intake by as little as 5 per cent to as much 40 per cent. Someone who'd normally need 2,000 calories, for example, may reduce their intake to 1,600 calories.

"That doesn't sound like a lot to some of us who've gone on crash diets," says Janet Tomiyama, an assistant professor of psychology at Rutgers university, who is conducting a study on calorie restriction adherents. But for those on calorie restriction, that means a minus 400 calorie balance every day for several years.

By how much does one need to restrict their energy intake to achieve health benefits?

Eric Ravussin, a researcher of a major U.S. study, says rodent research has shown that, up to a certain point, the greater the calorie restriction is, the better the benefits are in terms of longevity.

"The more adherent you are, the more benefit you would get," he says. "Even 5 per cent, I think that's going to be a beneficial thing, but you know it's not going to be as good as 25 per cent, for example."

What should one eat on a calorie restriction diet?

It has yet to be determined what the optimal diet is. The how-to book The CR Way promotes meals that consist of a lot of lightly boiled vegetables, and little to no salt, butter or sugar. But Brian Delaney, president of the Calorie Restriction Society International, says it's probably not necessary to eat this way. For the CALERIE study, participants are given the choice of eating a Mediterranean diet, rich in fruits, vegetables, fish and whole grains, or an American Heart Association diet. 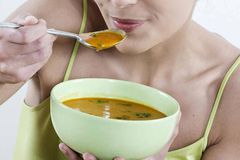 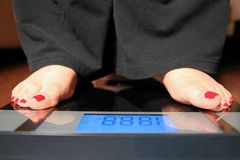