Thousands of Canadians with severe back and neck pain face agonizingly long waits to see spine surgeons, only to learn they didn't need to go in the first place, creating mounting frustration and costing millions of dollars.

The reality is that back pain is common and that high-tech tests ordered by doctors often find abnormalities that have nothing to do with the symptoms - but lead to a referral to a spine surgeon. The wait can be up to a year or more, and then the surgeon frequently has nothing to offer except advice to exercise, get physiotherapy or use back supports.

Experts say the remedy isn't to throw more money at the system but to triage patients so those who potentially require operations see surgeons and those who don't get the care they need. That solution will not only prevent patients from lining up in the wrong queue but stop massive health-care waste - $24-million annually on unnecessary MRI and CT scans in Ontario alone - creating a logjam for people such as Barbara Gamsby, who needs to see a surgeon for a spinal decompression and fusion.

"When I have the pain really bad, it's just unbearable," said Ms. Gamsby, of Guelph, Ont. "You shake, you can't think, you quiver all over and you take as many drugs as you are allowed to take to ease the pain."

She has waited two years in abject pain: one year to see the surgeon and another for an operation to repair spinal stenosis, a narrowing of the spinal column, plus spondylolisthesis, a condition where a bone in the lower part of the spine slips forward every time she walks. Once a champion curler and avid golfer, the 71-year-old is unable to walk for long, has difficulty standing and can't do household chores.

The avalanche of back- and neck-pain patients has caused a ripple effect: Half of Canada's spine surgeons - 60 out of 120 - have closed their practices to new patients at some point, according to Hamilton Hall, executive director of the Canadian Spine Society, who described the system as being in a "terrible mess." Many others have restricted their practice, only accepting select patients.

"In an unscreened practice, where the surgeon sees 100 patients, no more than 10 would be surgical candidates," Dr. Hall said. "As a surgeon wanting to do surgery, I don't want to see 90 people who don't need me."

The cause, in part, is the very technology that was supposed to help diagnose the problem. While MRI and CT scans are often used with back and neck pain, they carry a 60-per-cent false positive rate - the tests often reveal abnormalities unrelated to the pain and typical in people over the age of 40.

"As a screening tool for back pain," Dr. Hall said, "MRIs are worse than useless."

The overwhelming majority of patients sent to spine surgeons require specific exercises, physiotherapy, education and a hot or cold pack. General wear-and-tear injuries or aching joints aren't operable conditions, even though they may cause a lot of pain, Dr. Hall said.

Operable conditions are those involving nerve symptoms or spines with abnormal movement that require stabilization, he said.

For patients, the waits are onerous on two levels: first for that initial appointment with a surgeon, where many find they have queued for naught; and second for those who do require surgery and now have to wait again.

Nova Scotia and New Brunswick have the longest waits - nine months - for that first appointment to see a spine specialist; followed by Alberta at eight; Manitoba and Saskatchewan at seven; Ontario and British Columbia at six. Newfoundland and Labrador have the shortest waits at four months, according to Dr. Hall. Waits for surgery vary across Canada from months to years, save for emergency and urgent cases that are quickly seen.

Marcel Dvorak, a University of British Columbia professor of orthopedics, works in a Vancouver-based practice with five other spine surgeons. For some patients, waits can be detrimental, he said, with some suffering paralysis and ending up in emergency, leading to urgent surgery. Others become more complicated to treat and less likely to experience full recovery.

"All should have timely access to spinal surgical evaluations and opinions," Dr. Dvorak said. "But we have limited operating time and hospital resources to care for these patients."

Michael Ford, adult spine and trauma surgeon at Sunnybrook Health Sciences Centre in Toronto, closed his medical practice to new patients two years ago when his waiting list for surgery starting to extend beyond three years and more urgent cases kept cropping up.

"It was becoming apparent some of these patients I would never get to," Dr. Ford said. "The ones triaged had a condition where they can wait safely, but ultimately they might not ever get done because they kept getting bumped by more emergent cases I was seeing."

Raja Rampersaud, spine surgeon at Toronto Western Hospital, closed his practice to new patients about six months ago when it became "out of control. I can't provide care because these patients have conditions that deteriorate."

But he has a solution. According to an abstract done with colleagues, Ontario could save more than $24-million annually in unnecessary MRI and CT scans of spines if it had a triage system.

Under a proposal sent to government 14 months ago, Dr. Rampersaud has even offered up $30,000 of money donated to the hospital by grateful patients, plowing it back into the system.

Inefficiency carries hidden costs. Ontario paid for 89 spinal patients to receive care outside of Canada from April, 2007, to December, 2010, according to Ontario government figures.

So far, Saskatchewan is the only province to tackle the problem head on, after 10,000 patients a year saw their family doctors for back pain, sprain or injury. It recently launched an online course where family physicians can learn symptoms and signs of lower back pain that help discern which patients need to see a spine surgeon. There's an incentive for family physicians to take the course: They snag specialized access to the clinic, access to diagnostic imaging and expedited surgical referrals for their patients. The province is already seeing referrals to spine surgeons drop.

"The overwhelming majority of people with spine problems don't have a surgical problem, they have something that can be treated usually with physical treatments, whether it be exercises or spinal manipulation or medication," said Daryl Fourney, Saskatoon-based neurosurgeon who helped pioneer the program. "These are the cornerstones of treatment for most back problems, and that includes the neck, too."

As for Ms. Gamsby, who has lost two years of her life due to waits, she is grateful her operation is coming soon.

"I was at my wit's end," she said. "I just couldn't deal with having pain all the time and not being able to do anything."

An uncertain future lies ahead for Zamboni's MS theory and its potential patients
May 12, 2011 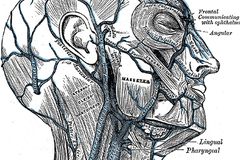 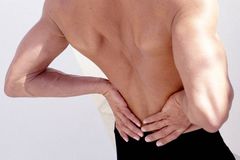 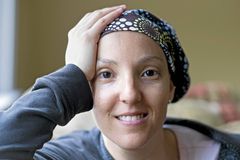 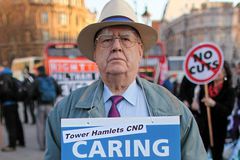 National drug policy for rare diseases has fallen between the cracks
April 4, 2011 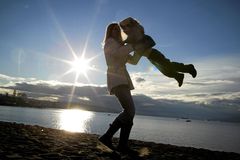 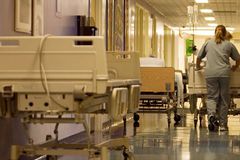 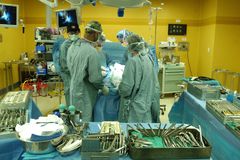 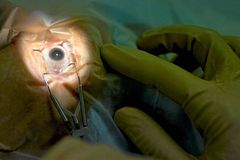