Since its creation in 2006, the regulatory agency has done virtually nothing, and $10-million a year is a hefty price to pay for thumb-twiddling.

To be fair, the AHRC's inaction was not entirely its fault. The agency was created to promote the safety, health and rights of Canadians using reproductive technologies – a laudable goal.

But the legislation designed to do so was one part unconstitutional, one part unenforceable, and two parts unnecessary – a witches' brew of bad public policy. Not to mention that Health Canada never got around to writing regulations that would give the law teeth.

In short, the Assisted Human Reproduction Act was ill-conceived, overseen by an impotent institution, and enforced limply. (Okay, the obvious puns are out of the way.)

Now it's time for the government of Stephen Harper to take the next logical step and scrap the law in its entirety.

Most of the issues surrounding fertility are health issues, not legal issues. This is an area to be dealt with by provincial health regulators, not federal criminal law.

Wanting to have a baby is not a crime.

An estimated 8 to 12 per cent of couples are unable to conceivewithout medical assistance. When they seek help, that doctor-patient relationship should be regulated by the same College of Physicians and Surgeons rules that apply to all medical acts.

Big chunks of the Assisted Human Reproduction Act have been struck down because they were a federal intrusion into provincial jurisdiction. Other parts of the law will die because the oversight agency has been stripped of all funding.

But the most onerous aspects of the law remain.

It is illegal, in Canada, to pay for donor eggs or pay surrogate mothers. It is legal, however, to reimburse them for their expenses, though the term is not defined. (Those are the details that are usually included in all-important regulations.) It is also illegal to counsel people to break the law, i.e. help them find surrogates, egg donors and sperm donors, at least if you profit from the transaction. Yet fertility clinics are booming, providing these services in a circumspect manner, along with health care.

The reality is that many surrogates and egg donors are paid, but it is done in a nudge-nudge-wink-wink fashion. It's time to get the exercise above board.

Similarly, because paying for sperm is illegal in Canada, virtually all sperm used for in vitro fertilization is imported from the United States (where it is paid for). How exactly does that protect the Canadian public?

Worst of all, in its current state, the law is an ass.

"The legislation was written out of fear," Ms. Cohen said, and those fears turned out to be unfounded. "I hope the government gets rid of it."

So how did we get into this ridiculous situation in the first place?

The debate about assisted human reproduction started in earnest in 1978, with the birth of Louise Joy Brown, the world's first successful "test-tube" baby. Until then, there was little that infertile couples could do to have children, other than adopt. (And to suggest that everyone should simply adopt, rather than turn to technology, is glib and unrealistic.) In vitro fertilization, the technique used to implant an egg in the uterus of Lesley Brown (whose blocked Fallopian tubes made natural conception impossible), was a game changer. Infertile women could now have babies using their own eggs and their partners' sperm. The advances also made it possible for a man to impregnate a surrogate using laboratory techniques (rather than age-old ones). These scientific advances raised fears that came to life in Margaret Atwood's brilliant 1985 novel The Handmaid's Tale. In the book, set in the near future in Gilead (formerly the U.S.), environmental destruction and disease have left most women infertile. The few fertile women become handmaids, slaves impregnated by powerful men.

That notion, that surrogacy – and by extension all reproductive technologies – is exploitative had a profound impact. The Royal Commission on New Reproductive Technologies, created in 1989, issued a report in 1993 that recommended prohibiting all surrogacy (and most other related acts if they were paid) on pain of severe criminal sanctions. The law, adopted in 1994, reflected that approach.

But in real-life Canada, things are different from the fictional dystopian Gilead. The fear that here would be a "breeder class" of poor, uneducated, minority women, desperate for money, was unfounded.

Most surrogates are actually white, Christian married women driven by a desire to help others, and the money is secondary. Similarly, sperm donors are not men out to create a super-race, but college students looking to make beer money doing what they're already doing.

Today, genetic materials can be mixed the lab and implanted in a surrogate so that the birthing mother is in no way the birth mother. Parent is no longer a synonym for progenitor. There are also fears that implanting too many embryos can result in multiple births, and children born with severe disabilities – concerns that have been allayed successfully by having public health insurance pay for treatments and regulating.

These are many fascinating ethical and legal issues in the fertility field. But the reality is that families are changing in ways we could have never imagined – with foreign adoptions, same-sex couples and assisted reproduction technologies. Let's deal with it and move forward.

The government likes to paint itself as pro-family. It should be helping people build their families – all kinds of families – not putting up ridiculous legal hurdles.And it should be spending money on assisting women and men with fertility challenges, not criminalizing the desire for children. 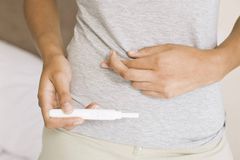 Someone else's baby: An inconceivable error of IVF
February 24, 2011 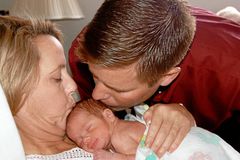 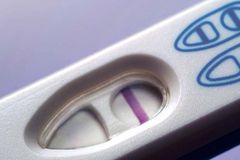