It's been seven years and billions of dollars, but Canada's health-care system has only made incremental progress toward goals its own leaders set out for it with much fanfare in 2004.

That's the thinking of the Health Council of Canada, charged with evaluating progress on the 10-year, $41.3-billion health accord enacted in 2004.

At the time, the accord was called a "fix for a generation."

It was meant to restore federal funding to a sufficient level and allow provincial and federal governments to cut back on wait times. It was also to provide round-the-clock access to health-care providers, create electronic records for everyone and improve drug coverage and home care.

But a new report to be released this week will show that even as decision-makers start putting together a new national plan for health care, their goals for the previous decade have been only half met.

"Our health-care system has come a long way since 2004, but there is still a lot of work to do to achieve the first ministers' vision - indeed, the vision of all Canadians: A more accessible, higher quality and sustainable health-care system," council chairman Jack Kitts told a Senate committee just before the federal election campaign.

His testimony foreshadows the main conclusions expected to be released in a formal report on Tuesday, council officials say.

There has been some progress on wait times, Mr. Kitts said.

Governments have made wait times for certain procedures a priority and have largely met the goals first ministers set out years ago, he said.

But the focus on certain procedures has had a troubling side-effect. Wait times in emergency departments seem to be growing, with no solution in sight, the council says in a report to the committee.

"To tackle emergency-room waits, we need concerted action by governments and health authorities to improve access to care in the community," the report says, calling for smoother transitions to long-term care and home care, especially for seniors.

The council warns that there is a "serious shortage" of health professionals that persists, even though governments have increased training and professional accreditation of foreign-educated professionals.

The problem is that there is little nationwide co-ordination or planning, so it's hard to know who should be trained to do what.

Progress on providing home care is hampered by similar problems - a hodgepodge of publicly funded projects that has led to rapid growth of private agencies to fill in the gaps. That's despite all governments' commitments in 2004 to support home care.

The council sees some progress in primary health-care reform, but warns that Canada still lags behind other countries and has seen only a recent embrace of a team-based approach to providing primary health care to Canadians around the clock.

As for the promised goal of creating a national system of electronic health records, the council finds there has been recent progress, but not enough to make for an efficient countrywide network that would allow for e-prescribing.

"In the absence of continued federal funding, further progress will be in jeopardy," the council warns. "And, until we have close to 100 per cent of clinicians using electronic medical records, the full benefit will not be realized."

The council is more upbeat about a recent expansion of telehealth - telephone lines set up to offer advice and information.

But when it comes to evaluating progress on a national pharmaceutical strategy, the council sees very little to praise.

Some provinces have acted independently to address high costs of generic drugs, or copied each others' initiatives. But co-operation needs to be national in order to have any real impact, the council says.

While the provinces say they are trying to work out a joint bulk-buying scheme that would bring down drug prices, the federal government has been largely non-committal.

Health Minister Leona Aglukkaq said last summer she was interested in the idea, but her spokesman Tim Vail would not answer any questions last week on the topic.

Indeed, the Conservatives have said very little about how they plan to handle health care in the future.

During the election campaign, Prime Minister Stephen Harper promised to maintain the 6 per cent annual increases in health transfers for at least two years after the 2014 funding arrangement expires. But he has not yet explained whether there will be any strings attached, or what will happen after the two years.

Ms. Aglukkaq's spokesman confirms, however, that there will be a renewal of the health accord at some point.

"To help achieve that goal, we will work collaboratively with the provinces and territories to renew the Health Accord and to continue to reduce waiting times."

Federal transfers for health care are $27-billion this year alone - the largest of all federal transfer payments. Health spending eats up about half of provincial governments' budgets. Total health-care spending was $192-billion in 2010.

Experts project health-care costs will rise by about 6.5 per cent a year in the coming years, if out-of-pocket expenses are taken into account. 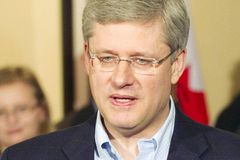 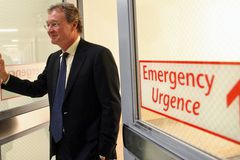 How provinces have experimented in the private sphere
November 10, 2010 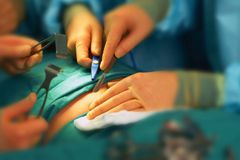