When Tom Hall began locking his keys in the truck with maddening frequency and struggled to find the right words in conversation, the busy construction supervisor dismissed the problems as stress-related.

But when the symptoms persisted and he finally got around to seeing a neurologist, the news was grim: A diagnosis of Alzheimer's disease.

"That day, on the spot, they took away his driver's license and he had to quit his job. It was quite a shock," said his wife, Jennifer Hall.

"I really wish we had known earlier," she added. "We could have got our life in order."

Mary Schulz, national education director of the Alzheimer Society, said that early diagnosis is helpful on several levels. Drugs can slow symptoms of the degenerative brain illness, although they don't work for everyone. More importantly, people with Alzheimer's and their families can plan for future care – financially, legally and practically.

Yet a new survey shows that many Canadians who experience symptoms like memory loss, disorientation and personality changes – typical warning signs of dementia – wait a long time before seeking medical help.

The survey, commissioned by the Alzheimer Society, involved 958 Canadians caring for a loved one with dementia.

Forty-four per cent said their loved ones had waited a year or more to see their doctor after noticing dementia symptoms. Of that total, 16 per cent waited more than two years to seek help, and often longer for a diagnosis.

"Of course there's some fear," said Naguib Gouda, CEO of the Alzheimer Society. "But, if you have symptoms, this is something you have to face head-on, not hide from."

He said it is essential that the public not simply dismiss telltale signs of Alzheimer's as due to old age or stress.

"We want people to recognize that normal aging and dementia are not the same thing. They need to get help," Mr. Gouda said.

He noted, for example, that tests can sometimes rule out Alzheimer's and reveal that memory problems are due to other treatable health issues such as heart or lung conditions.

Ms. Hall, for her part, believes that seeking help sooner would have improved the quality of life for her husband and family.

She said that, in retrospect, her husband's symptoms were far more severe than she realized. Not only was locking his keys in the truck routinely, but he would lose his way on job sites walking from one floor to another. He was only 53 at the time, suffering from early-onset dementia.

But by the time he decided to seek help, the wait to see a specialist – in his case a neurologist – was eight months.

"He really went downhill in that time. It must have been terrifying for him," Ms. Hall said.

In the survey, three-quarters of respondents said they wished they had pushed their loved ones to get medical help earlier.

"One thing I would urge everyone is that, if there's any doubt whatsoever, see a doctor. Don't wait."

Ms. Schulz of the Alzheimer Society said that, as frightening as a diagnosis can be, early is better.

"Diagnosis does not mean the world ends tomorrow. People with dementia can live meaningful lives for a long time – and they can do so a lot more easily if they know what's coming," she said.

More than 500,000 Canadians have Alzheimer's disease and other forms of dementia, a number expected to more than double within a generation.

About 1 in 11 Canadians over the age of 65 suffer from dementia.

Could a simple shot in the arm help treat Alzheimer's?
December 11, 2011 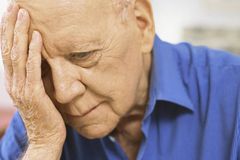 new
Seven health risks that could lead to Alzheimer's
July 19, 2011 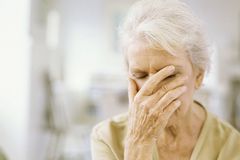 Brain fast-mapping: a way to help with memory disorders
November 3, 2011 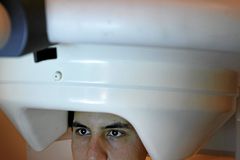 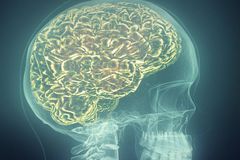 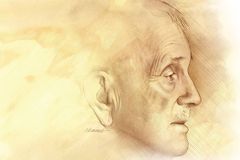