The time has come for a "patient health charter" that clearly spells out the state's obligation to deliver timely, quality health care – one with a complaint mechanism that provides redress when medicare fails to live up to expectations.

That is the message that emerges from a new public-opinion survey commissioned by the Canadian Medical Association.

"Canadians want … a system that revolves around the patient, rather than the other way around, and they favour practical steps that can move us forward in that direction," said Jeff Turnbull, president of the CMA.

For example, 85 per cent of those polled said a patient health charter "should go beyond communicating patient rights and responsibilities to become a guarantee of service, providing patients with specific timelines and assurances of quality."

Sholom Glouberman, president of the Patients' Association of Canada, cautioned, however, that the idea of a patient charter has been around for a long time and it's just a stop-gap measure. "Everyone who has been in the health system recognizes there needs to be change so anything concrete appeals to them," he said.

"But we need more than care guarantees. We need a fundamental shift from our current acute-care system to a chronic-care system," Dr. Glouberman said.

The poll, conducted in early July by Ipsos Reid, surveyed 3,052 adults by phone and online. A third of those participating were surveyed online. The poll has a margin of error of plus/minus 3.1 percentage points 19 times out of 20.

Among other things, the poll found that 87 per cent of Canadians think a patient charter should contain a complaint mechanism; 86 per cent of those surveyed want an independent ombudsman to investigate complaints about poor health service; and 82 per cent believe a charter that outlines patients' rights and responsibilities would make the health system more efficient and accountable.

The survey, which will be presented Monday at the CMA general council meeting in St. John's, also reveals that Canadians are getting antsy about lack of progress on a health accord but they are deeply divided on what a deal should look like.

A near-unanimity of those polled, 97 per cent, said that federal/provincial/territorial governments need to start working together on a new health accord to replace the current agreement. But only about half of respondents, 52 per cent, believe there should be a single national agreement, while 47 per cent think Ottawa should negotiate separate health agreements with each of the provinces and territories. (To date, all health accords have been national, but they have all been negotiated by Liberal governments; the Conservatives are far more decentralist.)

Similarly, those polled were almost evenly split on another contentious issue at the heart of negotiations, that is, whether the federal monies should come with conditions. Forty-nine per cent of respondents said provinces and territories should be able to spend the monies as they see fit, while 46 per cent said that monies allocated in the accord should be held back unless performance targets are met.

Where there is a lot of agreement, however, is that a patient health charter should be an integral part of a new health accord, with 87 per cent of poll respondents backing that idea.

In 2004, Ottawa signed a 10-year, $41-billion deal with the provinces and territories that included 6-per-cent annual increases and virtually no conditions on the spending. That agreement expires in 2014.

To date, the federal government has been tight-lipped about its approach. Just before the election, Prime Minister Stephen Harper said the 6-per-cent annual increases will continue but he has not said for how long. He has also said repeatedly that there needs to be more accountability for how the money is spent. But Mr. Harper's refusal to hold a first ministers' meeting on health has fuelled speculation that he prefers separate deals with each jurisdiction.

On Monday, federal Health Minister Leona Aglukkaq will address CMA delegates and she is expected to face tough questions about the 2014 accord.

My doctor splits my physical into two appointments. Why?
May 11, 2018 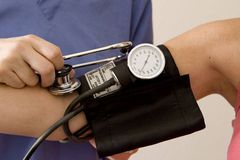 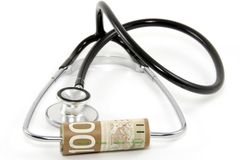