Health Canada should publicly release results of clinical trials and allow greater access to safety and efficacy information about drugs and other health products to protect the public from harm, according to a new analysis in the Canadian Medical Association Journal.

Keeping such important information from the public may also lead to erosion of trust in agencies such as Health Canada, and restrict the ability of medical professionals to analyze raw data about a drug's safety and efficacy record, says Matthew Herder, assistant professor in the faculty of medicine at Dalhousie University in Halifax and author of the analysis, published Monday.

It's an environment of secrecy and it's fuelling speculation Health Canada is biased when it comes to affairs of the pharmaceutical manufacturers, Prof. Herder said.

"I think being conservative in what they disclose gives credence to the perception that they're working too closely with industry," he said.

The subject of transparency at Health Canada is hardly new. Unlike the United States, where clinical trial results are routinely registered and posted online for public consumption, Health Canada is typically much more restrictive in releasing information.

Many members of the medical profession have criticized the department for years over the fact results of clinical trials, which are used to make decisions on whether drugs or other health products should be approved in Canada, are kept secret.

Similarly, Health Canada doesn't disclose when approval hearings for drugs will be held or provide information explaining decisions made regarding new drugs and other health products.

One prominent example of how failure to disclose can lead to harm is the case of selective serotonin reuptake inhibitors, a class of drugs commonly used to treat depression and anxiety. Although the drugs weren't approved for people under age 19, Health Canada didn't inform health professionals that studies had found the drugs came with increased risks to people under 19, such as self-harm or suicidal behaviour. As a result, some health professionals prescribed SSRIs to people under age 19, not understanding the potentially serious side effects, Prof. Herder wrote.

An editorial published in the Canadian Medical Association Journal earlier this year lambasted Health Canada's approach, saying greater transparency is necessary to earn public trust. The editorial said because the United States has established a public database of all clinical trials, it could "prevent companies from hiding negative results from the public."

For years, Health Canada has tossed around the idea of creating a registry of clinical trials and being more open with information pertaining to drugs and health products.

But so far, none of the proposals for change have been adopted.

"This is completely unacceptable in terms of patient care," said An-Wen Chan, a scientist at the Women's College Research Institute in Toronto who does work in the area of clinical trial disclosure.

One of the main reasons cited for continued secrecy, according to the editorial, is that makers of drugs, biologic products and medical devices say that disclosing such information could threaten commercial interests or intellectual property.

But Prof. Herder argues in his analysis that there is no law that prevents Health Canada from releasing clinical trial results or other important data that could significantly enhance awareness of potential problems with certain drugs.

The law "poses a minimal barrier to the disclosure of the designs and results of clinical trials," he wrote, adding that "institutional barriers" continue to stand in the way of change.

He said that bureaucratic red tape and deeper cultural problems within Health Canada could be stalling efforts toward greater transparency. A significant backlog in Access to Information requests, for instance, means that months or even years can pass before data are released.

At the same time, resisting greater transparency may give the wrong impression that Health Canada is too close to industry, the analysis argues.

Dr. Chan said as other countries continue to shift toward increased transparency, Health Canada has a responsibility to allow the public release of clinical trial results and other important information.

He said it's difficult to understand why regulators should have access to this information to grant drug approvals, but keep it from the very people who will prescribe or take the medication.

"The individuals who are actually using the medication … have access to only a very biased subset of the information, which tends to lead to overestimation of the benefits of treatment and it underestimates the harm," Dr. Chan said. 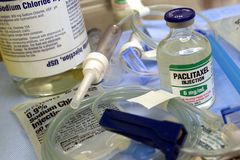