The first oral drug to treat multiple sclerosis has been approved for use in Canada, a development that comes as many patients remain fixated on a controversial and unproven treatment for the disorder.

The approval is significant because an oral drug is easier to take than injections, and gives patients who have difficulty taking needles an alternative way to manage their MS symptoms.

"I've had patients who've been on needles for 15 years and who don't complain about it and you have some people who after a very short period of time just can't tolerate it. This certainly offers an alternative," said Daniel Selchen, head of the neurology division at Toronto's St. Michael's Hospital, who was involved in research trials for Gilenya.

Multiple sclerosis is a complex, chronic disease of the central nervous system that can cause a range of symptoms, including vision problems, fatigue, loss of balance, muscle spasms and a host of other problems, some of them debilitating. Patients with relapsing-remitting MS experience episodes or flare-ups where symptoms worsen or new ones appear, according to the Multiple Sclerosis Society of Canada.

There is no known cure for MS, meaning patients depend on drug treatments to help keep their symptoms under control.

Novartis said Gilenya seems to reduce "relapses" or flare-ups by keeping certain white blood cells in the lymph nodes, preventing them from reaching the central nervous system and damaging myelin, the lining that insulates nerves.

Dr. Selchen said clinical trials suggest the drug could be more effective than other popular MS medications. But the main draw, for patients as well as health professionals, is the fact the drug can be taken easily as a once-a-day pill.

But the new treatment is not without risks. Novartis said side effects include headache, liver enzyme elevations, cough, blood-pressure increase and even heart-rate reduction, which the company says is generally reversible.

The drug will cost patients $31,000 a year in Canada and the company is now in the process of working to get the drug covered by government health plans.

Dr. Selchen added that while Gilenya is the first oral MS drug approved in Canada, the market will likely open up in the next few years.

One of the companies hoping to enter the oral MS treatment market, Merck KGaA, suffered a setback last week when the U.S. Food and Drug Administration said it had decided to not yet approve the drug cladribine, pending further information about safety risks and other data.

But Anthony Traboulsee, director of the University of British Columbia Hospital MS Clinic and president of the Canadian Network of MS Clinics, said he anticipates more oral therapies will soon be on the market, along with new and stronger injectable drugs, which could be a major benefit to patients.

"In a bad disease, it's a really exciting era for us because 20 years ago, we really had nothing," Dr. Traboulsee said.

But not everyone is excited by these developments. Many people with MS in Canada are holding out hope that a controversial treatment first performed by Italian researcher Paolo Zamboni will be their salvation from the disease. Dr. Zamboni published a study in 2009 that suggests MS is not an autoimmune disorder, as is commonly believed, but a vascular condition caused by blocked or malformed veins responsible for draining blood from the brain. He says it can be treated with surgery to reopen the veins.

Since his theory was publicized, countless Canadians have travelled around the world and paid thousands of dollars to get the treatment, which is not approved or funded in Canada.

Now, some MS patients who back Dr. Zamboni's theory have gone online to express doubts about the cost or potential side effects of the new drug. In fact, many people with MS who want Dr. Zamboni's treatment to come to Canada have used online forums and social media to galvanize support for their cause in recent months.

MS specialists such as Dr. Traboulsee, who is conducting research on Dr. Zamboni's theory, said support for the treatment has shaken up the community.

"It has created confusion because there's no clear answers yet," he said.

Dr. Traboulsee said he encourages patients to take conventional MS treatments to help delay progression of the disease, and warns Dr. Zamboni's theory hasn't been proven, but understands that some patients will decide to travel to get the surgery.

But he said he fears patients will abandon traditional therapies altogether in favour of surgery, which could put them at risk of experiencing serious progression of the disease. 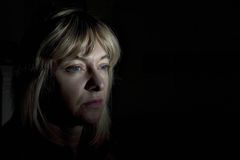 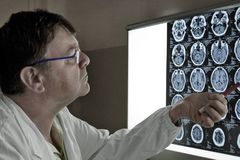