Back in 2005, the Journal of the American Medical Association published the seemingly underwhelming results of a year-long comparison of four very different diets. Volunteers assigned to the Atkins, Zone, Weight Watchers or Ornish diets ended up losing essentially the same amount of weight. It was yet another failure to identify the "right" way to eat.

But hidden in those results was a striking finding. The amount of weight lost by individual volunteers seemed to track almost perfectly with their "dietary adherence" score, a measure of how well, on a scale of 1 to 10, they followed the dictates of their assigned diet. It didn't seem to matter what you ate or what plan you followed, as long as you stuck with that plan.

That finding looks increasingly prescient with the publication last month, again in the Journal of the American Medical Association, of a major landmark study pitting low-carbohydrate and low-fat diets against each other. Once again, despite radically different dietary approaches, the subjects lost statistically indistinguishable amounts of weight, averaging between five and six kilograms, after a year – a finding that should prompt some soul-searching about how we think about healthy eating.

The new DIETFITS study, led by Christopher Gardner, a professor at the Stanford University School of Medicine, assigned 609 overweight adults to aim to limit either their carbohydrate or their fat intake to less than 20 grams a day. That's the equivalent of a slice and a half of whole-wheat bread or a "generous" handful of nuts. After eight weeks, the subjects were allowed to raise that threshold to a level they felt was sustainable in the long term, which turned out to be an average of 57 grams of fat in the low-fat group and 132 grams of carbohydrate in the low-carb group.

For those who have been following research in the field, the headline result wasn't particularly shocking. "There is a pretty well-established body of evidence showing that, on the whole, low-fat or low-carb diets yield similar weight change results in the long-term," says Michael Hull, a nutrition analyst for Examine.com and graduate student at McGill University's School of Human Nutrition.

But the study added several new wrinkles. The subjects were tested for their baseline insulin profiles and for several genetic markers thought to influence how people respond to different diets. The upshot? None of it mattered. There were no baseline measurements that successfully predicted who would respond better to a particular diet.

Perhaps significantly, all the subjects were encouraged to adhere to a "healthy" version of their assigned diet. For both groups, that meant an emphasis on eating lots of vegetables and avoiding sugars, refined flours and trans fats. They also received counselling on "mindful eating," and were encouraged to cook at home as much as possible.

In other words, the diets were basically low-carb and low-fat versions of the homespun wisdom long advocated by author Michael Pollan: Eat food, not too much, mostly plants.

So will the new findings end the diet wars once and for all?

"For those who already believe that low-carb or low-fat is inherently superior, I don't think this study will change their minds," Hull says diplomatically, "but it also doesn't negate their personal success seen on either of these diets."

For those whose minds aren't already made up, the results leave an uncomfortable vacuum. How do we know which dietary rules to follow if they all lead to the same outcome?

To address that question, one of Gardner's postdoctoral researchers is currently re-analyzing the data to explore the role of dietary adherence. She's looking at two different versions of adherence: how successfully subjects kept carbohydrate or fat levels low, and how successfully they followed the advice about food quality, such as avoiding processed foods and cooking at home. Those results, which should be published later this year, may offer some guidance on which rules matter most.

For now, people seeking to find their best weight-loss strategy still need to expect a certain amount of trial and error, says Yoni Freedhoff, an Ottawa-based obesity doctor and the author of The Diet Fix, because adherence ultimately depends on finding a routine you can comfortably maintain forever, not just for a few months. That's why he asks his patients to track the perceived difficulty of their diet and lifestyle changes – a crucial metric that, for now, remains impossible to predict in advance.

"One person's best diet," he says, "is another person's worst."

How can you help an overweight child? Start by dropping the ‘D’ word
March 9, 2018 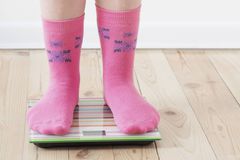 Leah McLaren: Paleo, CrossFit and the art of joyless living
February 22, 2017
Follow Alex Hutchinson on Twitter @sweatscience
Report an error Editorial code of conduct
Due to technical reasons, we have temporarily removed commenting from our articles. We hope to have this fixed soon. Thank you for your patience. If you are looking to give feedback on our new site, please send it along to feedback@globeandmail.com. If you want to write a letter to the editor, please forward to letters@globeandmail.com.
Comments are closed