In recent days, much has been written about Alfred Bessette, a man known more commonly as Brother André and, since his canonization by the Roman Catholic Church on the weekend, as Saint André Bessette.

To be eligible for sainthood, you need to have performed only two miracles. Brother André, who died in 1937 at the age of 91, compiled Gretzky-like statistics. The faithful have attributed more than 125,000 miracles to him, before and after his death.

While he was a modest doorman, pilgrims would visit St. Joseph's Oratory on Montreal's Mont-Royal to benefit from Brother André's purported healing powers. He would pray and dispatch them with sacred oil that had been burned in a lamp lighting the statue of St. Joseph and is said to have miraculous powers.

The Vatican, in granting sainthood, said it confirmed two miracles: In 1958, Giuseppe Carlo Audino, a New York man who had been diagnosed with terminal cancer, is said to have been cured after he prayed to Brother André. In 1998, a nine-year-old Quebec boy was hit by a car while cycling and suffered serious head injuries; doctors apparently told the family that the boy had no hope of recovery, but, after being rubbed with "St. Joseph's oil," he emerged from a coma. (That boy, now a man, is still alive, but his identity remains secret.)

Gods, angels, spirits and so on can give us succor; prayer, ritual and congregation can also provide comfort and a sense of belonging that is healthy.

What is troubling, however, is when the media - presumably secular institutions - report these "miracles" as credible, factual events, and when they buy into pseudo-scientific twaddle, consciously or otherwise.

The Vatican, we were told in news stories, uses a rigorous scientific process to determine if a miracle has occurred; it even consults leading medical experts.

In fact, what the Catholic Church does is use a cleverly vague definition of a miracle, an "act of healing inexplicable in the light of present medical science."

All kinds of things are inexplicable. Science is a process of continuous learning. But, in the search for explanations, it is quite a leap to go from "we don't know" to "divine intervention." There is a lot of untrodden territory between the two.

Miracles - unexplained events - occur every single day in the health setting. But there is no evidence of a cause-and-effect relationship between prayer and these "miracles." And evidence, ultimately, is what matters.

The vast majority of miracles involve three conditions - cancer, paralysis and coma - and that is no coincidence because these are conditions where there is unpredictability.

In cancer, remission - the spontaneous regression of cancer - is known to occur, although it is not fully understood.

The stories of people who are paralyzed and, after the intervention of faith healers, walk away "cured" are legend. Most have a glaring lack of documentation. Not to mention that our knowledge of the workings of the spinal cord is in its infancy.

Similarly, there are many miraculous stories of the comatose reawakening, with and without being massaged with miracle oil. There are more neurons in the brain than there are stars in the sky, and science has barely begun to comprehend how the brain works.

Patients, whether they have a cold or cancer, can get better or worse for any number of reasons. Immune systems vary markedly. Doctors' diagnoses and prognoses are sometimes wrong, or partly wrong. Defying one doctor's expectations and going into remission from cancer, rising from a chair despite a forever-aching back, or even reawakening from a coma is hardly a miracle.

Prayer is an excellent complementary therapy - especially since, unlike many complementary therapies promoted by Internet hucksters, it has no known harmful side effects. What is harmful is when people allow superstition to substitute for science and the media go along gleefully for the ride.

The canonization of Saint André Bessette has drawn unprecedented attention to St. Joseph's Oratory, an architectural gem on the slopes of beautiful Mont-Royal. If it inspires people to walk up the 283 steps to visit and then stroll through the nearby urban forest, that will be, well, a blessing.

But the oratory gift shop still sells more than 100,000 vials annually of sacramental "St. Joseph's oil" and Brother André's sainthood is expected to set sales soaring. In terms of sales, this is petty cash compared with other popular bogus treatments touted online such as oil of oregano, but it is troubling that the church plays this game. The last thing we need is to have sick people rub lamp oil, however holy, on their chest in lieu of proven cancer treatments such as chemotherapy and radiation.

Science is not infallible - far from it. But science-based medicine is a far better bet than hoping for a miracle, even for the most pious. There is plenty enough false hope being hawked in modern society already; we don't need to cloak pseudo-science in saintly seductiveness. 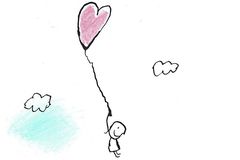