"Loneliness is the most terrible poverty."

There are few things more heartbreaking than a child with no friends.

But being friendless is the norm for Canadian children with physical and developmental disabilities.

A new study, written by Anne Snowdon, a nurse and professor at the Odette School of Business at the University of Windsor in Ontario, shows that 53 per cent of disabled kids have no friends.

Even those with friends have very limited interactions. Outside of formal settings such as the classroom, less than two hours a week spent with their peers is the norm; only 1 per cent of children with disabilities spend an hour a day with friends.

The problem is most serious for boys – who tend to have far more developmental disabilities and fewer social skills – and it gets worse with age. In childhood, efforts are made, but by the time kids hit age 10 or so, when cliques and social circles form outside of parental control, ostracization and isolation is near complete.

In Canada, we talk a good game about integration, about breaking down barriers to allow the inclusion of people with physical and social disabilities in every aspect of daily life. But reality is more stark and harsh.

Real integration requires a lot more than building ramps, adopting human rights legislation and funding programs. Grudging accommodation, with a dash of tokenism, is not enough.

If we want people to be healthy – physically, mentally, emotionally – and to reach their full potential, they need to be full citizens.

Kids with disabilities can't be segregated and shut out of mainstream society. They need to be like every kid, in school, in swim class, on the bus, in the playground and hanging out at the mall with friends.

That is the underlying theme of the new report, Strengthening Communities for Canadian Children with Disabilities, which Dr. Snowdon presented last week at the annual conference of the Sandbox Project. (Sandbox was founded in 2009 by pediatric surgeon and now MP Kellie Leitch, is designed to spur improvements in the health outcomes of Canadian children in areas such as injury prevention, obesity, mental health, and the environment.) "Children and youth with disabilities and their families need and want to connect and engage with their communities in a meaningful, accessible and accommodating way that enables social interaction and development," she said.

To conduct the research, Dr. Snowdon and her team conducted in-depth interviews with 166 families in Regina, Fredericton and Toronto, along with some focus groups. All the families had children with physical and developmental disabilities (ranging from Down syndrome to autism). Children with psychiatric disabilities such as bipolar disorder were not included, but one can imagine the issues would be similar.

Above all, the report focuses on the practical. What are the challenges caregivers face and what help is available to them?

Interestingly, the most common complaint was not lack of services but poor communication.

"Finding information on what is available is a big challenge," said Sally Jordan, a caregiver to her 22-year-old nephew with severe developmental disabilities. In this, the communications age, she relies on word-of-mouth and tips from other parents to find out what services are available.

As far as anyone can tell, there are a plethora of programs for kids with disabilities. But a startling 78 per cent of parents said their children don't participate regularly in community programs. There are a variety of reasons. Many programs are inaccessible (and that doesn't mean there are no ramps, it means they are at inconvenient times or in inconvenient places). Transportation is a major problem for children who, because of their disabilities, can't use public transit. And cost is a big factor, especially as parents of children with life-long disabilities often stop paid work to become caregivers.

* Create a single online reference tool that lists all community programs, services and professional care available to people with disabilities.

* Invest in programs where disabled kids are integrated, not segregated, so they can feel part of their community.

* Find ways to expand the social networks of children and teenagers to break the isolation.

Facebook and other social networking tools have been a godsend for disabled kids because they removes barriers – like being judged for the way you look. But being a "virtual" citizen is only a baby step in the right direction, it's not enough.

Dr. Snowdon said she was surprised to learn from parents and children themselves that isolation was far more painful to live with than physical or development disabilities themselves.

It's an issue, she said, that really tugs at the heartstrings.

But beyond the emotional response, there are practical consequences. Social interaction is key to quality of life: It's how we find love, how we find work and how we have fun.

Having a disability does not obviate those needs; if anything, it magnifies them.

Sometimes weneed to stop and reflect on the value of friendship, of a sense of belonging, and the value of community itself to our individual and collective health.

Relationships matter more than fancy programs, but where programs do exist, they should be known and accessible and, above all, foster interaction. 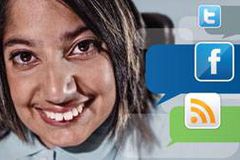 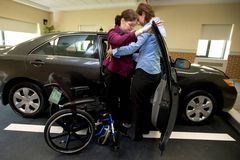