Julie and Peter Wood say they wish they had known more about the stimulant a doctor prescribed for their son to help him concentrate.

John David Wood, a student at the University of Toronto, became addicted to the medication and developed serious mental health problems after he abruptly went off it. He committed suicide in 2008, at the age of 26.

In an effort to help other families learn more about the potential downside of prescription drugs, his parents are working with David Healy, a high-profile critic of the pharmaceutical industry, on a new website – RxISK.org.

They hope the website will make it easy for people to research any drug that is approved for use in Canada or the United States, both brand names and generics. But they also want to build a grassroots database on side effects of these medications. For now, patients can search the new website, at no cost, for information about the adverse impact of drugs collected by the Food and Drug Administration in the U.S. But if all goes according to plan, in a few weeks the new website will ask patients to report side effects and allow them to see whether other people have experienced the same symptoms.

It is a work-in-progress, says Mr. Wood. Now retired, he was a partner in the Toronto office of the accounting firm Ernst & Young LLP and was involved in a number of Web start-ups.

Eleven years ago, Dr. Healy made headlines when a job offer at the Centre for Addiction and Mental Health, a teaching hospital affiliated with the University of Toronto, was rescinded after he gave a speech warning that Prozac and similar antidepressants may trigger suicide in some patients. A leading authority on the history of psychiatry, he remains at Cardiff University in Wales and has continued his campaign to warn people about flaws in drug testing and regulation that can put consumers at risk. It was on one of his frequent trips to Toronto that he met Mr. and Mrs. Wood, and they began working on the website together.

Dr. Healy is in Toronto this week to promote his new book, Pharmageddon, and RxISK.org, which he hopes will make it easier to identify serious side effects that may only affect a sub-population of patients taking a drug.

Many clinical trials are too small to definitively link some side effects to the drug being studied, especially those experienced by a subset of patients. With depression, for example, it can be hard to distinguish whether a symptom, like suicidal thoughts, are caused by the drug or the illness. After a drug is on the market, problems with it are often dismissed as anecdotal evidence, says Dr. Healy.

"People need to wake up and stop thinking that clinical trials have provided all the answers. We need to get back to believing the evidence of our own eyes," says Dr. Healy. "The key thing is to get the data. There isn't anyone else getting data like this," he says.

Getting data will depend on consumers using the web site, and giving good descriptions of problems they are experiencing.

Starting in a few weeks, when patients begin filling out reports about suspected side effects on the website, they will be able to learn if other people on the same medication have reported the same symptoms.

They will be provided with a risk report to determine – with the help of their doctor – if their symptoms are likely caused by a drug.

This will include questions like "Do the symptoms improve when you stop the drug and reappear when you get back on the drugs?" says Dr. Healy. The site will also ask people to rate the impact of the side effects on their lives.

"Did the problem clear up completely, or did you and your doctor find a way to handle it, perhaps by changing the dose, to keep on with the pill but take the edge off the problem?" says Dr. Healy.

He wants to identify potential problems, but also to see how drugs work on different systems in the body.

"It is trying to say to people, 'Look, just because you are on a heart drug, you ought not to think that that is only thing that it is doing. There may be a range of things happening,' " says Dr. Healy.

This could help people understand the trade-offs involved in taking a drug, but it also could suggest potential new uses for a medication. For example, patients taking a medication for glaucoma unexpectedly grew longer, darker and sometimes fuller eyelashes. A version of that drug, called Latisse, is now available as a prescription eyelash-enhancing solution. Some men are using it to fight encroaching baldness, and Allergan, the company that makes it, is investigating whether it can be used to treat hair loss.

"There is an upside to knowing the unintended consequences. It would be a mistake to think that this is all about picking problems."

Dr. Healy says he wouldn't have been able to get the website running without Mr. Woods.

"If I hadn't met Peter, I think a great deal of this wouldn't have happened. He had the business background, the website building background, which means we have been able to get this done on a shoestring," says Dr. Healy.

Mr. Wood and Dr. Healy are not sure how it will be funded in the future, but have ruled out accepting ads from drug companies.

Julie Wood says her hope is that the site will help people become more aware of the risks associated with prescription drugs, especially ones that patients may not need.

Their son was prescribed the stimulant Dexedrine, used to treat attention deficit hyperactivity disorder, or ADHD. But she says John David had been previously assessed and was found not have the disorder.

"He thought it would make it easier to study and get good grades. We didn't know anything about it," she says. When he abruptly stopped taking it in 2004, the University of Toronto student had a psychotic episode and attempted suicide. He was treated with a number of other drugs, including an anti-psychotic. He went back on Dexedrine, but then went off it again in 2008, and took his own life.

"This is a very summarized version, but he had a terrible experience with psychiatric drugs he did not need," says Mrs. Wood. 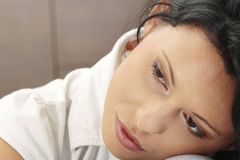