Waves of elderly patients set to hit hospitals worldwide have prompted two novel solutions from doctors in Toronto and India who have found that the way forward often comes by looking back.

Mount Sinai Hospital in Toronto will open an Acute Care for Elders unit next month. And as part of its new geriatric program, it has specialists and family physicians doing house calls to keep seniors home longer, thus avoiding unnecessary hospitalizations.

And at the annual conference of Alzheimer's Disease International, a physician from Goa in India said on Sunday that an experiment to train lay people as home-care advisers meant they could intervene in troubling situations with the elderly - such as wandering - that helped struggling families.

"There was a lady wandering and their solution to the problem, the family members, was to tie her to the bed by using the dog's chain," Amit Dias, secretary of the Dementia Society of Goa, said in an interview, noting that 3.7-million people in India have dementia. "It's not that they didn't like her or love her, but they felt that was the best solution."

The two low-cost, low-tech approaches from geriatricians Samir Sinha of Mount Sinai and University Health Network and Dr. Dias take place continents apart. But they reveal how solutions come in simpler forms: workers trained to prevent problems and to red flag others.

In Canada, an estimated 7,550 acute-care beds are filled each day by elderly patients awaiting beds in a nursing home or elsewhere. As these patients languish in beds they don't belong, a health-care logjam is created in the form of cancelled operations and backed-up emergency wards.

Experts say hospital treatment, no matter how well-meant, can sometimes amount to mishandling of older patients, who suffer from multiple chronic conditions and often lack proper care until a medical crisis hits.

Once in hospital, these elderly patients may be hooked up to machines of low benefit and prescribed drugs that worsen their cognitive function. As they grow weaker with each passing day, the only solution, it seems, is a nursing home they didn't want in the first place.

To stave off at least some of these problems comes a program from Dr. Sinha, a Rhodes Scholar who most recently worked at Johns Hopkins University in Baltimore, Md., before being lured to become director of geriatrics at Mount Sinai and University Health Network.

As part of his new program, which costs only $1-million in staffing per year, emergency-room nurses screen all patients aged 65 and older by asking six questions that help determine if they are at risk of readmission to the hospital.

"My view is that we have to understand who our patients are, intervene early, then you actually can prevent people from going to the nursing home," Dr. Sinha said in a telephone interview. "You keep them mobile, keep them active and try to prevent complications."

He pointed out that for every day a senior is in bed, it takes two days to gain back the strength that they lost, noting the elderly can be "sitting ducks" for problems after a hospital admission.

"We want to keep them active and keep them safe," said Dr. Sinha. "We're not anti-hospital; we're just making sure that those people who need to be there will benefit from hospitalization."

His solutions - a time when the doctor knocked on your door and workers red-flagged potential problems - are reminiscent of what Dr. Dias is trying to do in Goa on a scientist's grant.

Though Goa, located in southwest India, does not have the same health resources as Canada, the same common sense was applied to the elderly.

In one example, a caregiver was at risk of burnout: she was looking after an aging relative and doing all the shopping, cooking and cleaning. The home-care advisers told other members of the family to help and divvied up the chores.

As for that senior who was tied to the bed with a dog chain, there was a happy ending there, too: she is now taken to church every day.

"She goes to church, she sings the hymns and the family is happy about it," said Dr. Dias. "A lot of it is common sense."

Are we in denial about the growing issue of elder care?
March 24, 2011 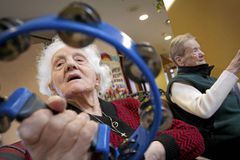 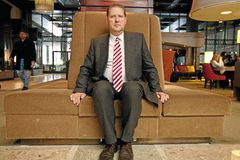 Rethinking our approach to Alzheimer’s
March 24, 2011
For Huntington's researcher, the work is personal
March 15, 2011 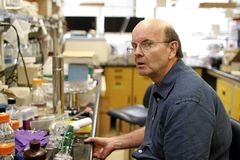 Alzheimer Café in Nova Scotia town first of its kind in Canada
February 21, 2011 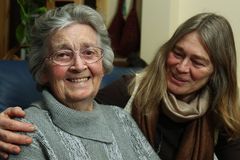