A critical editorial published by Canada's leading medical journal is the latest move a mounting effort to convince the federal government to crack down on the sale of caffeinated energy drinks to minors.

Energy drinks that contain high amounts of caffeine - some more than five times the amount in a can of cola, or nearly double the amount in a cup of brewed coffee - can pose serious health risks to children and adolescents and require stronger warning labels, according to the Canadian Medical Association Journal's editorial.

"It is time for the federal minister of health to be awakened and alerted to concerns about energy drinks sold to children," states the editorial, written by Noni MacDonald, section editor of population and public health at CMAJ, Matthew Stanbrook, CMAJ's deputy editor, scientific, and editor-in-chief Paul Hébert.

"Strict regulations are required if business practices and consumer trends are not curbed."

The editorial comes as an increasing number of health experts and consumer advocates are urging action.

The Medical Society of Prince Edward Island has been pushing for the province to restrict the sale of caffeinated energy drinks to young people.

The House of Commons health committee has also been investigating the use of caffeine in energy drinks and other carbonated beverages. In June, it heard from a man named James Shepherd who said his 15-year-old son died from an unexplained arrhythmia (irregular heartbeat) in 2008 after he had consumed a Red Bull energy drink. He said he believes the drink contributed to his son's death.

Chris Turner, Health Canada's director-general of the marketed health products directorate, said the department has received several dozen reports of adverse reactions linked to energy drinks, and that 15 of them were cardiac events.

Red Bull is one well known example of a caffeinated energy drink. But as the market has exploded in recent years, a growing number of products that deliver high levels of caffeine are available.

It doesn't have specific limits for teens because it says there is "insufficient data," but recommends caffeine consumption for that group not exceed 2.5 mg per kilogram of body weight.

Excessive caffeine consumption can lead to irritability, loss of sleep or nervousness. But there is also concern that its stimulating effects can cause rapid heat rate, an abnormal rhythm or other problems that could have serious health consequences.

One of the major reasons for concern, according to the editorial, is that makers of energy drinks regularly target young consumers through event sponsorships and promotional materials.

Health experts are also concerned by the fact many young people may mix energy drinks with alcohol, a potentially dangerous combination because the stimulating effects of caffeine can allow an individual to drink more over a longer period of time, which could lead to alcohol poisoning or risky behaviour.

Caffeinated energy drinks are sold as natural health products in Canada. They must undergo a review to determine they are safe and effective and those that are approved have a licence number printed on their label, according to Health Canada spokesman Gary Holub.

But since there is a major backlog of products to be reviewed and approved by Health Canada's Natural Health Products Directorate, the government has allowed many to go on sale while waiting for approval. That could mean some energy drinks and other natural health products on the market have never been reviewed for efficacy or safety.

But Mr. Holub suggested some energy drinks could represent a section of the market that may soon see increased scrutiny. He wrote in an e-mail that Health Canada is "reviewing the latest information and safety data on energy drinks and reassessing the labelling requirements for these products."

Red Bull and other companies that sell caffeinated energy drinks did not respond to requests for comment.

Refreshments Canada, an industry association representing beverage makers, issued a statement saying companies that sell caffeinated energy drinks are responsible and don't engage in marketing campaigns aimed at children. It states that energy drink labels clearly indicate the products should not be consumed by children and that the products have been approved for sale in more than 100 countries.

It also sent a letter to Dr. Hébert stating the CMAJ's editorial wrongly insinuates that energy drink makers target youth or are unregulated.

"Energy drinks are intended for adults and clearly indicate on the label that this category of beverage is not recommended for children, pregnant or breastfeeding women and people who are sensitive to caffeine," Refreshments Canada president Justin Sherwood said in the letter. 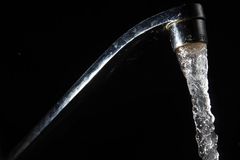