Canada's emergency-room physicians say bystanders are morally obligated to perform chest compressions on people whose hearts have stopped – even when those bystanders are untrained in cardiopulmonary resuscitation.

Representatives of the Canadian Association of Emergency Room Physicians (CAEP) released a position paper Thursday saying too many victims of cardiac arrest are dying because the person beside them does not know what to do, and is afraid to act.

"It's no longer morally and socially acceptable to do nothing," says Christian Vaillancourt, a senior scientist at the Ottawa Hospital Research Institute who was one of the authors of the CAEP's paper.

Why bystanders are often reluctant to intervene

The doctors say they realize there are reasons why onlookers are reticent to jump to the aid of someone who is in cardiac arrest. Many people do not know CPR. And the skills of the 60 per cent of Canadians who have been trained in the procedure are often rusty.

But the CAEP says all Canadians should provide chest compressions, whether they are trained or not, when an adult, child or infant suddenly collapses. "You cannot hurt a cardiac arrest victim any more than they are already hurting," Dr. Vaillancourt says.

Rib fractures often occur when CPR is done properly. But people administering chest compressions do not need to worry that they will be blamed for hurting someone in their effort to help.

Good Samaritan laws are in place across Canada, Dr. Vaillancourt says. "It is absolutely more beneficial to do the chest compressions in any way you can think of it, than to do nothing at all."

Why should bystanders rush to assist victims of cardiac arrest?

Every year, more than 20,000 people in Canada suffer a cardiac arrest outside of a hospital. Of those, fewer than one in 10 will survive.

The odds of survival are increased by 300 to 400 per cent if the victims receive CPR immediately – even from people who have not received recent training. But although half of all cardiac arrests that occur outside a hospital are witnessed by someone in the vicinity, bystanders jump in to help just 25 per cent of the time.

Increasing that rate to 50 per cent – as is now the case in a few Canadian communities – could save 2,000 lives annually, the CAEP says.

"Once you have your hands on the chest and you start to push hard and push fast, you've done your job," Dr. Vaillancourt says.

What the emergency-room doctors recommend

Life-saving education should be a considered a prerequisite for a high-school diploma, tax exemptions should be given to companies that pay for CPR training for their workers, and individuals who take a CPR course should receive a 100-per-cent tax rebate, the doctors say.

In addition, the CAEP wants to join with other like-minded organizations to spearhead a national campaign to advance the cause of bystander CPR.

The campaign could start with wallet-size cards to be handed out by physicians that explain the importance of the procedure, along with a computer link and telephone number so Canadians can learn when and where courses are held, the doctors say.

One time – of many – when a life was saved

Samantha Hunt, a 19-year-old York University student, was at home in her Toronto apartment one morning last October when she heard a loud crash and her roommate calling for help.

She ran to the next room and found her roommate's boyfriend unconscious on the floor. She called 911 but, a few seconds later, he stopped breathing and went into cardiac arrest.

The 911 operator told her to perform CPR – a procedure she learned in high school through a program sponsored by the ACT Foundation, which promotes CPR as a mandatory part of the curriculum across Canada.

"As soon as I had to do it, it was just kind of automatic," Ms. Hunt says. She did the chest compressions until the fire department and ambulance arrived to take over. The young man survived. 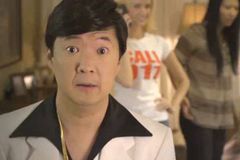 My daughter collapsed after a race
September 5, 2011 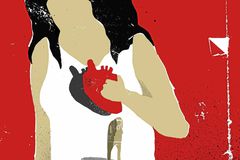 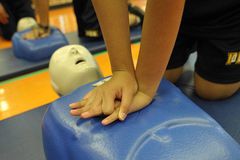 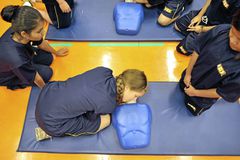 Pause between CPR, defibrillation can be deadly: study
June 20, 2011 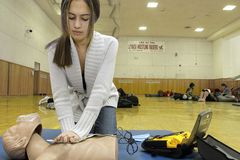 new
It's better to suffer cardiac arrest in a public place: study
January 26, 2011 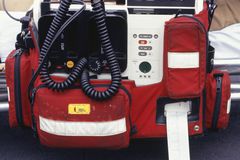