Soccer players who have a high rate of heading the ball during games and practices can have brain abnormalities and cognitive problems similar to those experienced by patients with concussions, researchers suggest.

In a study presented Tuesday to the Radiological Society of North America's annual meeting in Chicago, researchers demonstrated that repeated hits to the head can have a cumulative effect over time — but only, it appears, if they exceed a certain limit.

"What we're talking about here is an extremely high frequency of seemingly trivial blows to the head," said co-investigator Dr. Michael Lipton of the Albert Einstein College of Medicine in New York.

Using an advanced form of magnetic resonance imaging, or MRI, the study examined the brains of 32 amateur soccer players who had been playing the game competitively since childhood. Participants, with an average age of almost 31, were also given a number of cognitive tests.

"First, we were able to show that in soccer players there are changes in the brain that are similar to what we see in people who have had concussion, or mild brain injury," Dr. Lipton, director of Einstein's Gruss Magnetic Resonance Research Center, said in an interview Monday from Chicago.

"When we examined the nature of the relationship between heading and the occurrence of these changes, we found that it's a non-linear effect, meaning that it's not just that heading is bad and the more you do the worse it gets," he said.

That threshold ranges from about 1,000 to 1,500 hits over a year, depending on what part of the head takes the force of the ball, the researchers suggest.

To conduct the study, researchers used an intensive questionnaire to determine each player's individual level of heading the ball during the previous 12 months. They then compared the brain images of the most frequent headers with those of the other players.

They found there was a significant difference in a particular measure of neuronal health in brain regions responsible for attention, memory, executive functioning and higher-order visual functions.

"We found that on certain cognitive tests, specifically looking at memory and processing speed, there was a worse performance as the amount of heading increased," said Dr. Lipton.

"This is a snapshot, but it's a snapshot in the context of a long history of play," he said, noting that it's impossible to say without further study what the long-term consequences of taking excessive hits might be.

Dr. Lipton suggested the findings could lead to a preventive public health intervention, such as stopping a player from heading the ball after he or she has reached a certain number of hits during a game.

"What we've shown here is compelling evidence that there are brain changes that look like traumatic brain injury as a result of heading a soccer ball with high frequency. Given that soccer is the most popular sport worldwide and is played extensively by children, these are findings that should be taken into consideration in order to protect soccer players."

Dr. Kevin Gordon, a member of the Canadian Association of Soccer's sports medicine committee, said more than 10 hits during a game is considered "an exceedingly high rate of heading." One European researcher determined a heading rate of more than 5,000 in a player's career is excessively high, he said.

Given the age of the study participants, "these are players that are heading the ball a tremendous number of times," Dr. Gordon, a pediatric neurologist at IWK Health Centre, said from Halifax.

He pointed out that the study, which has not yet been peer-reviewed or published, doesn't seem to discriminate between players who are heading the ball and those who may have had concussions as a result of head-to-head or head-to-elbow impact.

"It's very hard to sort out what exactly is the element that shows their finding," Dr. Gordon said. "This is the way the researchers are directing it and saying it's the heading, but it could be many other things that are associated with heading."

In a 2003 paper, Dr. Scott Delaney of McGill University reported that more than 60 per cent of university soccer players had symptoms of concussion — among them headaches, nausea, memory problems and sensitivity to light — in a single season.

His report suggested that players hitting each other, the ground or a goal post was much more of a factor than heading.

"I think we're going to have to look at this study for replication" by other scientific groups, Dr. Gordon said of the Einstein College research, adding that with just 32 subjects, it is an extremely small investigation on which to base a conclusion. How connected are concussions and depression?
February 14, 2012 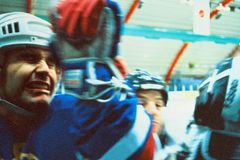 Is playing football worth the risk of a concussion for my son?
September 29, 2011 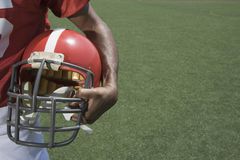 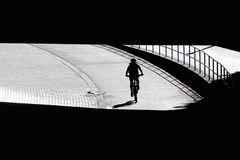