The first Canadian guidelines have been created to keep powerful opioid painkillers out of reach of potential abusers and put them into the hands of patients who need them.

The guidelines urge doctors to thoroughly assess patients before prescribing the painkilling drugs and closely monitor them to mitigate risks of abuse, addiction and overdose. Doctors must also stop prescribing opioids if patients don't respond to treatment or there is a serious risk of addiction, misuse or other problems.

The guidelines, published yesterday in the Canadian Medical Association Journal, are the first comprehensive attempt at helping health professionals navigate the minefield of prescribing opioids to non-cancer patients who experience chronic pain.

Opioids are a class of powerful painkilling drugs used to treat severe pain. There are several different kinds of opioids, but those made with oxycodone, such as Percocet and OxyContin, have become a source of concern in recent years as prescriptions skyrocketed and countless stories of addiction began to emerge.

But an issue that is often overshadowed by reports of opioid misuse is that many patients who could benefit from the drugs aren't getting them. Fears of addiction and abuse of opioids has led to the undertreatment of chronic pain in some cases, a problem that helped spark the creation of the new national guidelines.

"Physicians may be uncertain or even afraid to prescribe opioids for chronic non-cancer pain in some cases," said Clarence Weppler, co-chair of the National Opioid Use Guideline Group and manager of physician prescribing practices with the College of Physicians and Surgeons of Alberta. "The fear is very real."

But even as undertreatment of chronic pain becomes a growing concern, prescription rates for opioids suggests that in some cases, the drugs are prescribed too liberally and with too few checks to guard against misuse. Spending on opioid prescriptions has increased dramatically in recent years, and Canada has the third-largest per capita consumption of opioids in the world, after the United States and Belgium.

And as the consumption of opioid painkillers grows, so does the rate of problems, including addiction. The drugs are also extremely potent, which increases the risk of potential overdose. A study published last December in the Canadian Medical Association Journal found that Ontario deaths related to drugs made with oxycodone increased fivefold from 1999 to 2004.

However, a commentary published with the article highlighted the fact the increased death rate corresponds to an increase in prescriptions for oxycodone painkillers - meaning the drugs aren't killing a higher proportion of people than they were a decade ago, but that the volume of people taking them has increased.

The key issue, according to Benedikt Fischer and Jurgen Rehm, authors of the commentary, is that Canada seems to be relying too heavily on opioid painkillers even though health professionals may not fully understand their potential risks or how to monitor patients to prevent potential problems.

Consider screening a patient for potential opioid addiction before prescribing the medication.

Start patients on a low dose of opioids and monitor its effectiveness.

Change a patient's prescription or discontinue therapy if the medication is ineffective or the patient experiences unacceptable adverse effects or risks, such as abuse.

Work with pharmacists and take precautions to reduce prescription fraud.

The national guideline group was formed in 200 7 to create these recommendations. But the idea of relying on non-binding guidelines has been criticized by some who say more needs to be done to address this issue.

However, guidelines are merely the first step toward what needs to be a wide-ranging plan to help doctors understand how to properly prescribe opioid painkillers and reduce potential risks, Mr. Weppler said.

One of the major issues standing in the way of better policy is that not enough is known about opioid medication. Better research is needed to understand the effectiveness of opioids in patients with various diagnoses, how to properly prescribe opioids in patients with more than one medical issue, such as chronic pain in the elderly or those with a psychiatric condition, as well as understanding the long-term effectiveness of opioid painkillers.

"While waiting for the research that is needed, clinicians can use the new Canadian guideline as a clinically sensible framework for decisions that need to be made now," Mr. Weppler said.

The group has plans in place to ensure the guidelines are used in practice across the country. They will also be updated by 2015 by McMaster University'sMichael G . DeGrooteInstitute for PainResearch and Care .

Roger Chou, professor of medicine at Oregon Health and Science University in Portland and author of U.S. opioid guidelines, wrote a commentary published alongside the guidelines urging better research. He said significant gaps in knowledge are a major factor that is contributing to problems associated with opioid painkillers.

"In my opinion, it's really quite shocking that we don't have a lot of strong research evidence to back up what we're actually doing for these patients," Dr. Chou said in an interview. 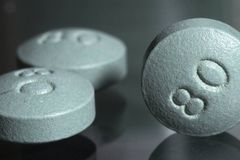 Big Pharma's calling the shots
April 22, 2018
Health Canada report: Adverse drug reports up 35 per cent in 2009
May 1, 2018
Follow Carly Weeks on Twitter @carlyweeks
Report an error Editorial code of conduct
Due to technical reasons, we have temporarily removed commenting from our articles. We hope to have this fixed soon. Thank you for your patience. If you are looking to give feedback on our new site, please send it along to feedback@globeandmail.com. If you want to write a letter to the editor, please forward to letters@globeandmail.com.
Comments