A few years ago, researchers at Colorado College tested the effects of "placebo sleep." Volunteers received fictitious feedback from a sleep-monitoring device about the quality of their previous night's sleep; those who were told they had slept well scored better on a series of cognitive tests than those told they had slept poorly – regardless of their actual sleep quality.

The results underscore how hard it is disentangle the physiological effects of sleep from our expectations and hang-ups about it. For shift workers, ultra-endurance athletes and even jet-setting executives, missing sleep is a confidence-sapping occupational hazard with both mental and physical consequences. The solution? It turns out you can ward off some of the effects by "banking" extra sleep in advance, according to recent research.

In a study published last August in Medicine & Science in Sports & Exercise, a team of scientists including University of Calgary kinesiology professor Guillaume Millet tested the effects of six days of extra sleep on physical performance before and after a night of total sleep deprivation.

Read more: Four things to know about sleep and your health

Related: Tired of being tired? Turns out we're not as sleep-deprived as we think

Read more: Chasing the dream of a good night's sleep

Millet's interest in the topic was piqued by his own experiences in an epic race called the Tor des Géants, which traverses 330 kilometres of mountain trails in northwestern Italy, ascending and descending 24,000 metres of elevation – triple the height of Mount Everest. In 2010, Millet staggered home in third place after more than 87 hours of running, during which he had slept for only three hours.

"I can tell you that at the end of the race, I wasn't too sure if I was running or if I was dreaming," he recalls.

In the same race a year later, one of Millet's friends was in third place 85 hours into the race, running on even less sleep, when he collapsed just short of the finish and was unable to continue – a stark demonstration of the extreme limits of sleep deprivation.

To provide a bulwark against lack of sleep, Millet and his colleagues, including lead author Pierrick Arnal, asked their 12 volunteers to go to bed two hours earlier than normal for six nights. Then, before and after a sleepless night, they performed a knee-extension exercise until they were too exhausted to continue.

After a week of normal sleep, the average time to exhaustion (which was a little less than 15 minutes on average) decreased by 7.2 per cent after sleep deprivation. In contrast, after six days of extended sleep, the postsleep deprivation decrease was just 3.7 per cent – evidence that the banked sleep had indeed helped them cope.

Perhaps unsurprisingly, the week of extra sleep also improved performance in the baseline test before the sleepless night, by 3.9 per cent on average. It's worth noting that, under normal circumstances, the subjects reported spending about eight hours a night in bed, and sleep monitoring showed they were getting seven hours of sleep a night – roughly in line with the Canadian average, but apparently not enough to maximize their performance.

By going to bed two hours earlier than normal, the subjects got an extra 75 minutes of sleep a night, on average. In one sense, this is disappointing, since it means they "wasted" 45 minutes a night. On the other hand, after some tossing and turning, they did succeed in getting a significant chunk of extra sleep – proof that the body's rhythms can, with effort, be altered.

That may be partly because the study excluded "evening chronotypes," better known as night owls. Forcing night owls to go to bed at 9 p.m. would have been "too stressful" for them, the researchers decided.

Would a similar approach work for night owls if they decided to sleep in for two hours each morning rather than going to bed early? It's possible, but hasn't been tested (much less approved by your boss). Whatever approach you take, Millet says, should "respect your chronotype." (It's probably not a coincidence that morning chronotypes tend to be overrepresented in sports that feature early-morning practices or competitions.)

One final wrinkle: Tests of neuromuscular function, measured by using electrical and magnetic jolts to stimulate the muscles, showed no effects from either sleep extension or deprivation. But the perceived effort associated with a given level of exercise was different in each case: Sleep's biggest effects, in other words, seem to be in the head rather than the muscles.

That could be biological – a consequence of changes in the levels of neurotransmitters such as adenosine, for example. But, as the "placebo sleep" study showed, our expectations also play a role.

"If you haven't had a good night of sleep before your race," Millet says, "as soon as something starts to go wrong, you tend to attribute that to sleep deprivation."

Given that the night before a big race (or an important test or a high-stakes meeting) often tends to involve a lot of tossing and turning, that point is worth remembering. If you've banked enough extra sleep in the preceding week, you'll be able to handle that one bad night with aplomb.

Four things to know about sleep and your health
January 25, 2017 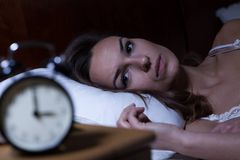