Over the past year, barefoot running has been touted as the best way to reconnect with the natural, injury-avoiding stride pattern that our ancestors evolved over millennia of hunting. Everyone is talking about it - but far fewer are actually ready to bare their soles on the asphalt.

See how it works

Now, a forthcoming study from researchers at the University of Wisconsin suggests that many of the benefits promised by barefoot running, including a reduction of the forces acting on knees and hips, can be obtained simply by taking shorter, quicker steps.

"We found very similar loading patterns," says Bryan Heiderscheit, the senior author of the study, which will appear in a forthcoming issue of Medicine & Science in Sports & Exercise, "and you don't have to go all the way to the extreme of getting rid of your shoes."

The idea for the study came from Dr. Heiderscheit's observations of patients he encountered as director of the university's Runners Clinic. He found that, while veteran runners tend to take short, quick strides, less-experienced runners were overwhelmingly prone to "overstriding" - reaching forward too far with each step so that the heel comes crashing down well in front of the body.

"As they make the transition from fast-walking to slow-running, they tend to keep the long stride and low step rate," he says.

Last summer, he and his colleagues asked 45 healthy runners to perform a battery of tests on a treadmill, determining their preferred step rate at several different speeds. Then, at the same speeds, they had the runners increase or decrease their step rate by 5 or 10 per cent. (When the speed is constant, a faster step rate leads to shorter steps, and vice-versa.)

Slower step rates led to greater forces on the ankle, knee and hip. Faster steps led to a similar increase in the ankle (which is unlikely to be a problem, since ankle overuse injuries are rare in runners), but decreased forces in the knee and hip - precisely the pattern seen in a Harvard University study of running barefoot, published earlier this year. This is no coincidence, since barefoot runners tend to take shorter strides to avoid landing on their heels.

Some coaches suggest aiming for about 180 steps a minute, based on studies of elite runners, but it's unlikely there's a universal "magic number" for step rate in people of different heights and limb lengths, Dr. Heiderscheit cautions. Instead, the goal is to figure out your own typical rate (the average was 172.6 steps a minute in the study, but many people take considerably fewer steps than that), and then increase it slightly, by 5 or 10 per cent, to alter the way your foot lands.

This approach is now standard in the University of Wisconsin clinic, for knee, calf and hip pain as well as iliotibial band syndrome, a painful tightness of the tissue connecting the hip to the outside of the knee. The doctors provide metronome files at the appropriate speed that patients can listen to on their iPods - though that's intended only as a temporary, if mind-numbing, measure.

"If you tell someone, 'You're landing wrong. Try to land on your mid-foot instead of your heel,' a lot of people can't do it," Dr. Heiderscheit says. "But if you use the metronome to speed up their stride, they can feel the difference in how they land - and once they know how it feels, the exact step rate is less important."

There is, however, one key shortcoming in the study - the same one that afflicts studies of both barefoot running and fancy shoe technology: Measuring joint forces is not the same as measuring injuries, so there's no guarantee that reducing forces on your knee and hip will translate into fewer injuries.

While the anecdotal evidence from his clinic in favour of the new approach is strong, Dr. Heiderscheit recognizes this shortcoming - which is why a randomized, controlled trial comparing increased stride rate to standard care for knee pain and iliotibial band syndrome, with a one-to-two-year follow-up, is in the works. "These are very hard studies to perform," he notes. "But they're needed."

Alex Hutchinson blogs about research on exercise at sweatscience.com . 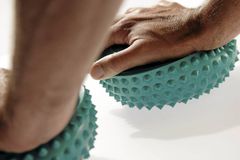 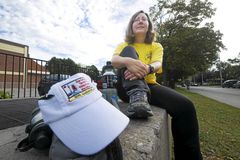 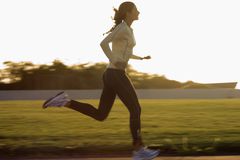