Beet juice, whose endurance-boosting properties were first revealed in 2009, is an acquired taste. It also has powerful (and inconvenient) effects on the digestive system. It's the most talked-about athletic performance enhancer of the current decade, from amateurs to Olympians – but you can understand why some people wish it could be replaced by a convenient, fuss-free pill.

That may not be possible, though, according to a study in the journal Applied Physiology, Nutrition, and Metabolism that compares the effects of beet juice with those of its isolated active ingredient, nitrate. In tests of exercise efficiency, the juice came out on top – and the reasons for its advantage have wide implications for our understanding of the differences between whole foods and supplements containing isolated micronutrients.

Beet juice first caught the attention of athletes thanks to a series of studies by Andrew Jones of the University of Exeter in Britain and his colleagues. They showed that after a few doses of beet juice, athletes needed less oxygen to maintain a given pace, suggesting that their muscles were working more efficiently. Other studies showed that beet juice also had powerful health effects, particularly for lowering blood pressure.

Exactly how it works remain a topic of debate, but Jones and his colleagues showed that the advantage disappeared when subjects were given beet juice stripped of its nitrate content.

Further studies showed that, after the juice is swallowed, nitrate is converted inside the body into nitrite and then into nitric oxide, which has well-known effects on blood circulation and other key physiological functions.

With the active ingredient established, it seemed only a matter of time before nitrate pills or powders replaced cumbersome bottles of beet juice as the booster of choice. But initial studies using sodium nitrate and potassium nitrate, two commonly available forms of nitrate, produced mixed results.

Joëlle Flück, a researcher at the Swiss Paraplegic Centre's Institute of Sports Medicine, decided to do a rigorous comparison of beet juice and sodium nitrate, using matched doses to ensure that the subjects were getting the same amount of nitrate. Twelve volunteers performed a series of cycling trials at predetermined paces, and oxygen consumption after drinking beet juice was lower in some (but not all) cases.

"I felt disappointed, as I didn't expect any differences between beetroot juice and sodium nitrate," admits Flück, a middle-distance runner who has competed internationally for Switzerland and has tried pre-race beet juice. "In the end, I'm pretty surprised by the outcome, but the more you work on something, the better you get to know how things work."

Flück and her colleagues hypothesized that other ingredients in the beet juice play a role in converting the nitrate to nitric oxide. In particular, previous studies have shown that vitamin C and various polyphenols – both of which beets contain in abundance – help in the intermediate step of converting nitrite to nitric oxide in the stomach.

Given the small sample size in the study and the wide variations in individual response to nitrate, the results should be interpreted with caution, says Chris Easton, an exercise physiologist at the University of the West of Scotland.

Still, Easton's own research, comparing beet juice with a nitrate-rich gel containing extracts from Swiss chard and rhubarb, supports the idea that the effects of nitrate depend on the form in which it is consumed. For example, he says, "we see plasma nitrite peaking faster with the gel" compared with beet juice.

Another study, published last week in the Journal of Nutrition by researchers at Maastricht University in the Netherlands, compares the effects of various nitrate-rich vegetables and sodium nitrate on blood pressure. The main finding, lead author Kristin Jonvik says, was "a more pronounced decrease in blood pressure following ingestion of the vegetable beverages compared to sodium nitrate."

Like Flück, Jonvik hypothesizes that vitamin C and polyphenols, and potentially also potassium, may play a role in the multistep conversion of nitrate to a useful form inside the body.

As Jones suggested on Twitter in response to Flück's study, "maybe it's the 'cocktail' that's important." In other words, no single micronutrient is what gives beets their power; it's the combination of all of them, mingled in a ratio that has evolved over millennia. And if that's true for beets, could it also true for other famously healthy foods. The fatty acids in fish? The vitamins in fruit?

Eventually, of course, researchers may nail down exactly which nutrients, and in what quantities, combine to make beet juice so potent. They may even manage to engineer a supplement that reproduces all its health and performance properties. But if they do, I suspect this powerful new super-pill will look a lot like … a beet.

Dose: A single serving is 300 ml of juice, or 70 ml of concentrated beet "shots." Take up to two servings at a time, depending on how well your stomach tolerates it.

Timing: The effects peak two to three hours after drinking, and are gone within 12 hours. Take one dose the night before a race, and another in the morning.

Caution: Try it in training before using it in a race.

The muscle-building power of milk vs. beef after a workout: Which is better?
March 6, 2016 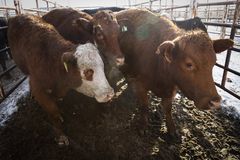 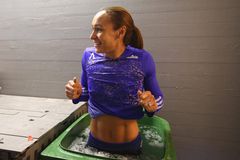