Exercise physiologists call it the "principle of specificity": Swimmers gotta swim, cyclists gotta cycle, runners gotta run. That's why many endurance athletes believe that other forms of training, like lifting weights, simply waste time that could be devoted to doing more of their main sport.

Of course, as with any good rule, the most interesting discussions involve figuring out when it should be broken. It turns out that the principle of specificity may apply less rigidly to older athletes than it does to their younger counterparts, according to a new study from researchers in France. The difference: The steady loss of muscle as you age means that you get an extra boost from weight training – even in endurance sports like cycling.

Jeanick Brisswalter and his colleagues at the University of Nice-Sophia Antipolis and the French National Institute of Sport put two groups of trained cyclists – a young group with an average age of 25.6, and an older group with an average age of 51.5 – through a three-week strength training program for their legs. After the three weeks were up, the researchers looked for changes in cycling efficiency, a measure of how much energy it takes to maintain a given pace on the bike.

The results, which were published online in the European Journal of Applied Physiology in June, show a clear difference between the young and old groups. At the start of the experiment, the younger group was stronger and had better cycling efficiency. Three weeks of strength training made little difference to the efficiency of the younger group, but it led to a massive 13.8-per-cent improvement in the efficiency of the older group, completely erasing the difference between the two.

"Force loss is one of the main problems of aging," Dr. Brisswalter explained in an e-mail, "and force loss will affect pedalling efficiency very quickly."

In order to produce results in such a short time frame, the training regimen in the study was intense: The subjects trained three times a week, with each workout consisting of 10 sets of 10 knee extensions at 70 per cent of the heaviest weight they could lift. Similar results could be obtained by focusing on knee flexion, or on a combination of flexion and extension, Dr. Brisswalter believes.

The results suggest that doing leg weights solved a problem – muscle wasting – that the younger cyclists didn't yet have. People typically begin to lose 1 to 2 per cent of their muscle mass each year starting in their 30s or 40s unless they're already doing weights, so the older cyclists had much more room for improvement.

The idea that older people should do strength training to stave off age-related muscle wasting isn't new. Maintaining muscle is crucial for successful aging – having enough strength to carry groceries, or to get up from a low car seat, for example – and for keeping bones strong.

But the finding that strength training can also improve performance in endurance activities is a twist that may encourage cyclists and other endorphin junkies to add some weights to their exercise routine. While this study focused on cycling, Dr. Brisswalter expects that similar results would be observed in other endurance-based activities such as swimming, cross-country skiing and running.

Surprisingly, the limited evidence available on how elite "masters" endurance athletes train (the definition of masters varies from sport to sport, but often refers to the over-40 age group) suggests that they typically spend proportionally less time on strength training than younger elite endurance athletes, says Joe Baker, a kinesiology professor at York University and co-editor of the book The Masters Athlete: Understanding the Role of Sport and Exercise in Optimizing Aging.

That's a pattern that should probably change, if Dr. Brisswalter's results can be replicated for other activities. Many cyclists want nothing more than to keep doing what they've always loved – cycling – as they get older. But the reality of aging is that if you want things to stay the same (or as close to the same as possible given the inevitability of decline), you'll need to forget about the principle of specificity and try something different: strength training.

Alex Hutchinson blogs about research on exercise at sweat-science.com. His new book – Which Comes First, Cardio or Weights? – is now available. 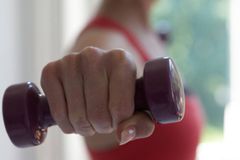 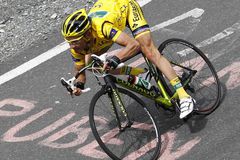 4 cool things you should know about running in heat
July 3, 2011 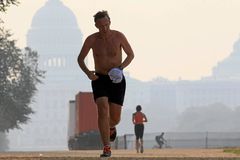