In the aisles of neon, foam, Technicolored laces and the oxymoron of something called barefoot footwear, I am completely lost. Normally, I love shoe shopping, but this is a torturous exercise in information overload.

With five weeks to go before the half-marathon, I'm running longer and more often than ever before and my inner knees are decidedly unhappy. I've been training with my two-year-old New Balance 890 shoes, which have big, cushy "stabilizing" soles, and are unbelievably ugly: bright orange and green foam with rainbow chunks. I call them Skittle vomit – but I thought they were helping.

Last week, physiotherapist Greg Lehman recommended I get new shoes to change how my body absorbs shock. He told me to rotate the bodily stresses of running by switching up my footwear, and insisted I call Blaise Dubois, "the running-shoe guy in Canada."

Dubois is indeed serious about shoes: The Quebec City physiotherapist started the Running Clinic 10 years ago, consults Canadian athletes on biomechanics and knows just about every shoe on the market. He's developed a complex rating system that measures every shoe – the better they mimic a natural run, the better the score.

From the second he answers the phone, I'm all ears. "Imagine a 300-pound man," he says. "You'd say there's no way for that man to run softly. But get him barefoot, and get him on gravel – he'll run softly." His point is clear. The big imaginary man wouldn't strike the ground hard because it would hurt. But if his foot was swaddled in a giant foam container, he'd heel strike – what most of us do in traditional shoes, Dubois says – and the stress would be transferred to his knees and hips.

Foamy shoes change the way we run, Dubois says, and in the process, can cause injuries elsewhere. They're great for protecting the foot when it's injured – like a cast for a broken arm – but not continuously, when running pain-free. They're also good for people who are content with their current performance, and have no desire to improve.

Unlike some sport stores, his clinic isn't influenced by corporate interests, he says.

Reviews of recommended shoes – about 300 across four categories – are incredibly thorough (down to the millimetre of "stack" – the difference of height from heel to toe).

After our talk, and an hour spent on his website scanning recommended "transition" shoes, I am well-equipped to select the right shoe for my needs – or so I thought as I walked into the Overwhelming Shoe Store.

The sales guy watched me walk down an aisle, and said instantly, "You need a stabilizing shoe." I don't want a stabilizing shoe, I told him. I'm trying to land softer, put less stress on my knee and hip joints, and develop the muscles in my ankles and feet. "Why don't you try something like this," he said, lifting an astronautic apparatus that was more foam than shoe.

I'll stabilize you in a minute, I thought. I asked to try three pairs that are minimal but also supportive. I can't tell much from walking around the store, so I take them home to test drive on my condo treadmill.

The Nike Free 5.0 feels a little too free. My ankles show their weakness, and ache almost instantly. The Saucony Mirage 4 has too much flat cushion on the bottom, and it feels like running on a pretty inflexible, dense foam pad.

My week of shoe mayhem ends when I lace up the Nike Flyknit Lunar2 – a ridiculous name for a beautifully simple shoe. I don't have to think about running with better form. It just happens, the ground meets my mid-foot as I bounce along with smaller strides. If there ever was a thing as running for true pleasure – this is it. I'm in love.

At $200 before tax, of course they're the most expensive pair.

They feel so good, in fact, I ignore Dubois's giant caveat: Transition slowly. He had told me I should dedicate only 10 minutes of my next run in new shoes, and add a minute to every run after that. Instead, I go full tilt for an hour. My feet and ankles ache a few hours later, irritated at losing their cushioned bubbles.

Baby steps, I know. For now, more with just a little less is my new mantra. 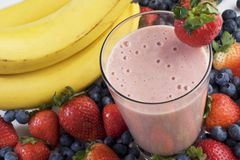 Why these Boston Marathon survivors are running again this year
April 13, 2014
Follow Amberly McAteer on Twitter @amberlym
Report an error Editorial code of conduct
Due to technical reasons, we have temporarily removed commenting from our articles. We hope to have this fixed soon. Thank you for your patience. If you are looking to give feedback on our new site, please send it along to feedback@globeandmail.com. If you want to write a letter to the editor, please forward to letters@globeandmail.com.
Comments