Chocolate milk likely isn't the most obvious example of a refreshing post-workout drink. But according to Ottawa Senators conditioning coach Chris Schwarz, you should think again.

In a promotional video, he explains why he looks to the sweet drink as an important post-workout beverage.

"It provides all the nutrients that you'll need and it's something that you can [drink] over and over again, whether you're in a rink or on a field or whatever," says Mr. Schwarz. The video is featured on rechargewithmilk.ca, a site created by the Dairy Farmers of Canada to promote chocolate milk.

Once preferred mainly by schoolchildren, chocolate milk is being recast as an essential tool for hardcore athletes and casual exercisers alike . In late 2008, the Dairy Farmers unveiled an advertising campaign to position chocolate milk as an important recovery beverage after exercise. New ads began appearing in the last few months, and the association is sponsoring triathlons, marathons and other races across the country, and handing out free products and promotional material to its target audience.

The campaign appears to be working: 63 per cent of males reported drinking chocolate milk to recover after a workout in June, 2011, compared to just 23 per cent in November, 2008, according to statistics provided by the Dairy Farmers. Consumption of chocolate milk increased for the second year in a row in 2011 and market research conducted for the association shows that a large number of consumers say their perception of chocolate milk as an exercise recovery beverage has improved in the past few years.

"There's definitely a niche there for chocolate milk," said Solange Heiss, assistant director of marketing and nutrition communications for Dairy Farmers of Canada. "There's a demand for it from athletes."

Does this mean chocolate milk is about to overtake Gatorade and other sports drinks? And is the campaign to transform a staple of the school lunch box into a sports beverage based more on marketing than scientific fact?

The premise that chocolate milk is a supreme sports-recovery drink is based on the fact it contains a mix of carbohydrates and protein. It's also a source of vitamin A, calcium and vitamin D.

Chocolate milk is considered good for athletes for its contribution to "recovery" – one of the sports world's buzzwords. The idea is that, after a workout, people need to replace electrolytes, nutrients and fluids lost during exercise. Many fitness experts, such as Mr. Schwarz, also highlight the importance of a recovery beverage to replace lost glycogen, or the body's store of carbohydrates.

This line of thinking helped give birth to the sports drink movement. Now, chocolate milk wants to muscle in on the action.

Doug Cook, a Toronto-based dietitian who once worked with the Dairy Farmers of Canada, says the advantage of chocolate milk over other sports drinks or even regular milk is that it has a "golden ratio" of four times the carbohydrates for every gram of protein.

According to the Dairy Farmers, people should consume chocolate milk within minutes of working out. Carbohydrates in milk help replace lost glycogen stores, which are needed for peak performance, while the protein can boost muscle growth and repair muscle damage. Finally, chocolate milk contains sodium and potassium, key ingredients needed to replenish electrolytes.

There's plenty of evidence that milk, as the infamous slogan goes, does a body good. And the fact it contains natural and added sugars isn't the worst thing in the world. After all, as Mr. Cook points out, many people don't think twice about the sugar in fruit juice or Gatorade.

Here's the bad news: Unless you're a professional athlete, regular marathon runner or are heading to London to compete in the Olympics, there's little chance you need a special beverage to "recover" from your workout.

"[A] very small percentage of people need anything other than water [after exercise]," said Barry Popkin, the W.R. Kenan, Jr. distinguished professor at the School of Public Health at the University of North Carolina .

Chocolate milk simply has too many calories and too much sugar, Dr. Popkin said. There are more than six teaspoons of sugar in a cup of one-per-cent chocolate milk. Plus, most of the research studied the effect of milk on elite athletes – a small fraction of the population that works out intensely and could benefit from sports drinks.

Most people exercise to maintain or lose weight and achieve a healthy lifestyle. The vast majority of us aren't exercising for several hours a day. Looking at it that way, why would most of us need to consume a beverage that would replace the calories we worked so hard to burn off?

"If it's basically an hour of exercise, maybe even up to 90 minutes, typically they don't need to drink something during exercise or even after exercise," Mr. Cook said.

If a person wants to drink something after working out and it's warranted, he said that chocolate milk is "perfectly fine." But Mr. Cook also noted that he considers chocolate milk to be a food, not a beverage, because of the amount of calories.

Dr. Popkin said that if he had to choose a sports drink, he would pick Gatorade over chocolate milk because it contains fewer calories and less sugar. But for most people, the beverage of choice after exercise is free, clear and runs right from the tap .

Chocolate milk: How it breaks down 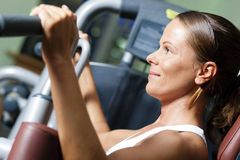 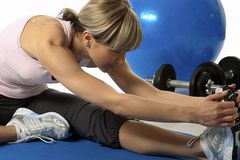 What's the best diet for an active lifestyle?
October 7, 2009 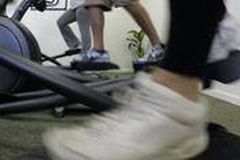