You never have to wonder if a friend or co-worker is into CrossFit. They'll tell you about it – over and over again. They're the buff ones at the office who show up with a Tupperware full of oatmeal or organ meat, depending on their diet strategy of the week. They're on Instagram with a shaved chest or bikini that leaves no flexed deltoid to the imagination. CrossFitters, typically in their 20s and 30s, may come off as vain. But that's mainly because they can't help celebrating the muscles they've built after months of squats, pull-ups, running and rowing routines, said Emily Beers, a 32-year-old coach at CrossFit Vancouver. CrossFit combines weight-training techniques with gymnastics and cardio exercise. It's the perfect sport for people who like variety in their workouts and strive for constant improvement, she said. "It's the most addictive form of fitness I've ever done."

CrossFitters are gym rats at heart. When they aren't working to support their habit – coaching and classes can easily add up to $800 a month – they're doing push-ups, lifting iron and pulling themselves up on gymnastic rings, either to achieve "functional fitness" or train for the next "throwdown," a local competition for the amateur set. Everyone needs downtime, of course. For a Crossfitter, that means browsing the nutritional supplement aisles or going online to read up on the latest CrossFit workouts. Beers, whose boyfriend coaches with her at the same gym, admits that "it takes all our effort not to talk about CrossFit," she said. "It really is an all-consuming lifestyle."

The more people get into CrossFit, the more tempted they are to splurge on gear, whether it's a custom-sized jump rope, a weightlifting belt, "knee sleeves" to compress joints or gymnast grips to use on bars. CrossFitters like to have the latest and greatest, which might be Adidas Powerlift training shoes this week and Nike "Metcons" the next. When it comes to brands and gadget trends, "it's a frivolous culture," Beers said with a sigh.

CrossFitters talk in acronyms. There are AMRAPs (as many reps as possible over a set period of time), WODs (workouts of the day) and ROM-WODs (range-of-motion workouts of the day, similar to the restorative Shavasana exercises in yoga). A "snatch" is weightlifting slang for grabbing a heavy weight and pulling it over your head in one smooth motion. When CrossFitters mention their "randy time," they're talking about how many minutes it took to do 75 snatches in a row.

CrossFit has a reputation for sucking in overzealous fitness nuts and spitting them out as injured pulp. This hard-core image is epitomized by the sport's unofficial mascot, Pukie the Clown – a nod to exercise-induced vomiting. But at most CrossFit gyms, injuries mainly happen when newcomers insist on lifting weights and tackling workouts beyond their skill level, Beers said.

Too many people confuse CrossFit workouts with the CrossFit Games, in which elite athletes perform at a level of strength and agility that 99 per cent of CrossFitters will never achieve. "There are a lot of misconceptions about it being too intense and too dangerous," she said. But with proper coaching and training, "CrossFit is just fitness – and fitness can be good for everyone."

From climbing to Bey dancing, how to get in on the latest fitness craze
May 13, 2016 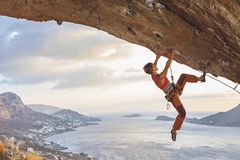 The exhilarating rush makes the challenge of kiteboarding worth it
May 13, 2016 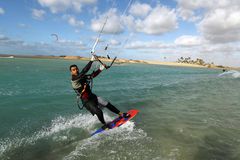 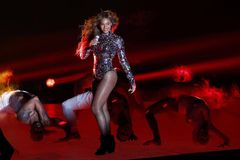 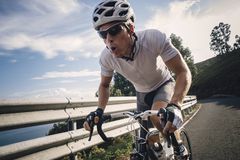 Before you try climbing as a sport, embrace your inner ‘dirtbag’
May 13, 2016 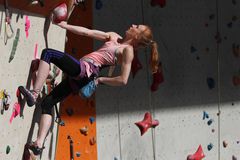