When Canada's top sports scientists gathered for their annual Own the Podium innovation summit in Vancouver last month, they flew in an expert named Brendan Scott all the way from the remote Western Australian city of Perth, where he works at Murdoch University. His assignment: teach the attendees how their athletes could build more muscle while lifting dramatically lighter weights.

Scott is one of the world's leading authorities in "blood flow restriction" (BFR) training, which involves wrapping an elastic band or cuff around your limbs to partially block blood flow during a workout. The technique has been growing in popularity among bodybuilders in recent years and a spate of new research suggests that it may have potential to enhance endurance and assist in injury rehabilitation – with the caveat, Scott warns, that "proper education and application is key."

The goal of BFR training is to increase the metabolic stress in your muscles without doing any extra work. To do that, you wrap a tourniquet-like cuff around the top of your arm or leg, tight enough to block the veins returning blood from the muscles to the heart, but still loose enough to allow fresh arterial blood into the muscles.

The most robust evidence for BFR training is in increasing strength and muscle mass using relatively light weights. A typical protocol involves lifting between 20 per cent and 40 per cent of your maximum, with one set of 30 lifts followed by three sets of 15 reps each, with 30 to 60 seconds of rest between sets. The muscle gains from this protocol are similar to what you'd get from a standard heavy resistance training protocol lifting 60 per cent to 70 per cent of your max.

Of course, there's no free lunch. For one thing, in addition to building muscle, lifting heavy weight triggers neural gains – improvements in how signals travel from the brain to the muscle – that you miss out on with lighter weights and BFR.

Also, while the weight will still seem light, you'll feel the localized burn of effort in your muscles much more acutely, although this sensation is "generally tolerated quite well" once you get used to it, Scott says.

So why bother? The main attraction of BFR is that is allows you to stress your muscles without accumulating as much wear-and-tear as you would with normal training. For a serious athlete, adding a set of BFR lifts after you've already maxed out your normal workout could be a way of getting an extra training boost.

If you're coming back from injury, you can get enhanced metabolic training effects without putting too much mechanical stress on a freshly healed muscle or joint. As it happens, that's exactly how Scott is using it right now. He had shoulder surgery in July, so he's doing shoulder presses and upper arms exercises with 2- to 4-kg dumbbells to ward off muscle loss until he's able to start lifting heavier loads again.

Another use, he notes, is "swapping out some traditional strength training sessions when motivation is lacking or equipment is not available to do heavy-load training," for example, by doing bodyweight BFR exercises in a hotel room when you're travelling.

There's also emerging evidence that BFR could help boost endurance. Jamie Burr, who heads the University of Guelph's Human Performance and Health Research Laboratory, has been working with the Speed River Track and Field Club to explore the potential benefits of BFR before or even during races.

Similarly, researchers in New Zealand published a paper last month in which volunteers completed workouts of up to 24 sprints, each lasting 30 seconds with 30 seconds of rest, with cuffs around their upper legs. After four weeks of training, subjects who used BFR had improvements in running efficiency and performance that were slightly better than those who trained without it.

"At this stage," says Carl Paton, an elite cycling coach and the lead author of the New Zealand study, "it's probably especially useful for those with injury or weight issues that stop them from exercising at higher intensity."

The biggest challenge – and safety concern – is getting the tightness of the cuff right. There are commercial devices that set the pressure automatically, but it's also possible to use a standard elastic wrap (about 4 centimetres wide for the arms, 8 centimetres for the legs) tightened to a subjective tightness level of 7 out of 10. If you feel any numbness or tingling, or if you're unable to complete the 30-15-15-15 workout while lifting 30 per cent of your max, it's too tight.

Is this the next big exercise fad? "Consistent 'normal' training is likely going to make a far bigger difference," Burr says. "This is more icing on a well-made cake." But in some cases – whether you're one of the sports scientists gathered in Vancouver in search of an edge, or simply trying to rehab a shoulder injury without losing too much muscle – that icing might be just what you need.

Alex Hutchinson's new book, Endure: Mind, Body, and the Curiously Elastic Limits of Human Performance, will be published in February. Follow him on Twitter @sweatscience. 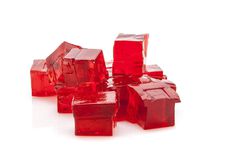 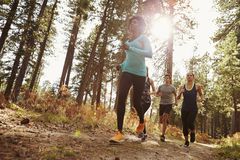