In a famous study three decades ago, experimental biologists strapped a pair of 1.8-kilogram weights around the waists of volunteers and found that they only had to expend about 4 per cent more energy to maintain the same running pace on a treadmill.

When the exact same weights were moved to the volunteers' ankles, in contrast, their energy consumption jumped by a whopping 24 per cent.

That disparity is one of the reasons runners obsess about what's on their feet. As a new study in the journal Medicine and Science in Sports and Exercise demonstrates, small differences in weight can have disproportionately large effects on how fast you run. But, the researchers add, weight is far from the only factor to consider in selecting the right running shoe.

The study, from a team at the University of Colorado Boulder's Locomotion Lab led by Rodger Kram and postdoctoral researcher Wouter Hoogkamer, measured energy consumption and 3,000-metre race times in runners wearing shoes of various weights.

In contrast with previous attempts to quantify the effects of shoe weight, the researchers managed to keep the study participants in the dark about the true purpose of the study. All runs were performed in identical pairs of Zoom Streak 5 racing flats made by Nike, which sponsored the study. The shoes typically weigh slightly more than 200 grams, but the researchers sewed tiny lead beads into the tongue and sides of the shoes to add either 100 or 300 additional grams. You might think that it would be obvious to a runner if the weight of the shoe more than doubled from one trial to the next. But previous studies have found that, while we're capable of discerning subtle weight changes with our hands, we're oblivious to such changes on our feet.

"I chuckle when I read shoe reviews and people say the shoes 'felt heavier' and the difference is 50 grams," Kram says.

Taking advantage of this blind spot, the researchers insisted on putting the shoes on for the volunteers, telling them that the shoes were equipped with very delicate accelerometers. In the end, only one of the 18 subjects twigged on – and only because he had unusually wide feet and noticed that the shoelaces in the heavy lead-packed version of the shoe were shorter.

Measurements of "running economy" – an efficiency measure comparable with the fuel economy of a car – showed that every additional 100 grams of shoe required 1.11 per cent more energy, consistent with previous studies.

And sure enough, the 3,000-metre races revealed a similar deficit, with each 100 grams equating to a slowdown of 0.78 per cent. The slight discrepancy, the researchers speculate, may be because the penalty for extra weight is slightly lessened at the faster running speeds reached in the race.

So, are heavy shoes for suckers, then? Not quite, Kram cautions. For one thing, a human foot weighs about 1,000 grams, so shoe weight – which typically ranges from about 100 grams to 400 grams – is a relatively small percentage change. Such marginal gains may be worth chasing in races; but "for a training shoe," Kram says, "running economy is not a factor I think about."

Perhaps more importantly – and certainly more controversially – cushioning and other shoe features may offer benefits that outweigh the disadvantages of extra weight. Previous studies from Kram's lab have found that cushioned shoes can save up to 3 or 4 per cent of your running energy, presumably because your muscles don't have to contract to absorb as much impact with each footstrike.

Cushioning can also prevent or delay some of the muscle damage that accumulates during long runs, such as a marathon, Kram suspects. For rocky trail runs in the mountains around Boulder, he selects a shoe with a protective "rock plate" in the forefoot; for snowy winter runs, he uses a Gore-Tex-lined shoe and sometimes crampons. All of these add weight but offer worthwhile trade-offs.

That's similar to the varied approach used by top runners, such as Eric Gillis, the Guelph, Ont.-based marathoner who placed 10th at the Rio Olympics in August and is sponsored by New Balance. While he runs speedy track workouts in the company's barely-there MRC5000 racing flats, which weigh just 108 grams, he logs most of his daily miles in the 244-gram Zante.

In the end, if you're searching for the perfect shoe, the new results show that weight does matter. But they also show that, if you're willing to sacrifice a per cent or two, you might not even notice a little extra weight – so you should opt for the shoe that feels most comfortable for the specific runs you're planning. 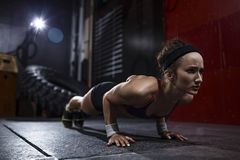 Your internal monologue during a workout determines success: study
September 15, 2016 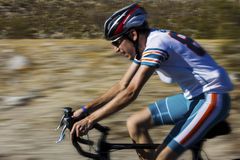