Every night, Maureen Tiedemann goes to sleep on an earthing sheet. Wrapped around her king-size mattress, the sheet – laced with conductive silver fibres – has a small cord and plug that connects into the circular hole of a three-pronged electrical socket – the grounding line that literally connects to the Earth.

Now, the Edmonton mom swears by the sheet, saying it has improved sleep for her and her husband, and he has even stopped snoring.

As a result, Tiedemann is a believer in earthing, an emerging wellness trend based on the idea that the planet has energy and nutrients that benefit those who are in direct contact with it. While humans are positively charged with electrons, the Earth is negatively charged and brimming with free-flowing electrons that balance out our bodies as we absorb the negative electrons.

Earthing is hardly new – Native Americans as well as many European cultures have advocated its merits for generations. But it has more recently found a niche in North America thanks to Clinton Ober, researcher and co-author (along with cardiologist Stephen T. Sinatra and journalist Martin Zucker) of the 2010 book Earthing: The Most Important Health Discovery Ever?

"People sleep better – it de-stresses you," claims biologist James Oschman, who has worked with Ober on energy medicine research. "It's a natural method that has been available for years. Reconnecting to the Earth could be the most important health technology ever." Earthing can reduce inflammation that can lead to chronic diseases, ease pain and prevent tendonitis and carpal tunnel syndrome, Oschman claims.

Fraser Coppin, who with his family operates a Vancouver-based fitness training and wellness business called The Life Protocol, is introducing clients to earthing, suggesting they take 20 to 40 minutes a day to walk or stand outside barefoot. "I have seen everything from mood disorders to broken bones have amazing results just from reconnecting to the Earth," he claims.

Connecting is simple: You can walk around barefoot on the grass, lie down on a beach, lean against a tree or take an outdoor yoga class.

Then there are earthing products such as the Earthing Canada sheet that Tiedemann uses, that are mostly sold online. These include mats you can put under your feet or forearms at work, and armbands and patches that isolate specific pains and aches.

"I bought the fitted sheet for my 92-year-old mother-in-law, and within two weeks, her psoriasis was gone," says Tiedemann. "My son worked the [oil] rigs this winter and was having a lot of trouble with his skin because it was covered in oil residue. Within one week, that problem was gone, just from sleeping on an earthing sheet."

Of course, not everyone buys into such lofty, unproven claims.

"I would go into it with a degree of skepticism," says Dr. Roger W. Brownsey, a professor of biochemistry at the University of British Columbia. "Particularly in an area like this, I think one would have to be very skeptical until a reasonable set of observations leads you to make a rather firm conclusion."

"[Earthing benefits are] not completely beyond the bounds of possibility, but the question is: How good is the evidence?" he adds. "And anecdotal evidence doesn't really do it."

But for Trevor Malkinson, a writer with the Beams and Struts wellness blog in Vancouver, earthing has become part of his everyday life. It's his release.

"When I'm stressed out and doing a lot of work, I get out to a forest or park and walk around with my shoes off," he says. "It feels great. It works."

There may not be scientific proof of dramatic health benefits, but advocates say there is something to be said for standing outside in your bare feet, feeling the Earth beneath your toes and breathing in the fresh air.

"In a way it's a return – a broader movement – to understanding that we're a part of the Earth, and we evolved with it, and we can't separate ourselves from it," says Malkinson. "It's about not feeling guilty for sitting your carcass down on the lawn for a while." 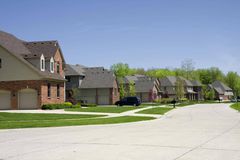 Canadians have ‘better life’ than most, new comparison finds
May 27, 2013 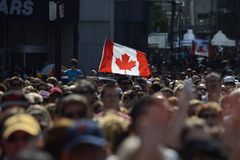 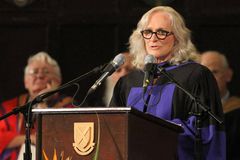 Our family loves the outdoors. How can I best protect my children from the sun?
June 7, 2013 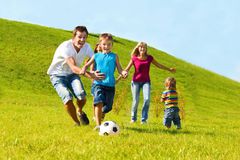 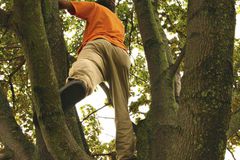 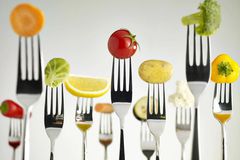