At last month's Scotiabank Toronto Waterfront Marathon, Reid Coolsaet returned a favour. For 25 kilometres, he served as a "rabbit" to set the pace and block the wind for Kenyan runner Stephen Chelimo, who had done the same for Coolsaet a year earlier to help him earn a spot on the Olympic team.

The power of the peloton reigns supreme in competitive cycling, where the effects of air resistance make it almost impossible for a single rider to outpace the pack. But drafting isn't just for pro cyclists: Sheltering behind someone can save a significant chunk of energy even at recreational speeds, and it can make a big difference to runners, too – so it's worth knowing how to slipstream effectively, and when it matters most.

The energy you expend to overcome air resistance depends on two factors: how fast you're moving forward, and how fast the wind is blowing against you. If you double your speed on a still day, you'll spend eight times more energy fighting air resistance. That's why drafting will always be more important to cyclists than to slower-moving runners.

But no matter how fast you're going, if the wind speed doubles, then the energy you spend overcoming it will quadruple. For runners like Coolsaet, a Guelph, Ont.-based marathoner, and Chelimo, cruising at just over three minutes per km along the breezy shores of Lake Ontario, this can quickly add up to a significant drain on their efforts.

Positioning yourself to take advantage of someone else's wind-blocking is a skill that takes practice.

"I like to run right behind the rabbit unless there's a stiff wind coming from the side," Coolsaet says. "Then I'll go to the opposite shoulder of the wind direction."

You have to get close to maximize your benefits: Some cycling studies use a wheel-to-wheel distance of 30 centimetres to measure the effects of drafting – the gap in real-world situations can be much smaller. Runners can't get quite that close without getting kicked in the shins, but years of running in track races with crowded packs has taught Coolsaet how to tuck in less than one metre behind other runners.

So does this really matter to most people? If you're just out to get some exercise, then air resistance is actually a bonus, forcing you to burn a few extra calories. But if you're trying to set a best time or cover a long distance that's near the edge of your abilities, sheltering from the wind could make a difference.

For cyclists, wind resistance becomes the dominant force slowing you down at speeds above about 25 km per hour. But even at lower speeds, there's still a significant benefit to drafting.

For runners, the bar is set a bit higher. Studies have found that you spend about 2 per cent of your energy fighting air resistance on a still day while running at the brisk clip of three minutes 20 seconds per km. That means that air resistance is negligible at typical jogging paces of five minutes per km or slower unless the wind is strong and in your face.

Still, a friendly rabbit can be helpful at any speed, Coolsaet points out: "I think the main benefit is mental unless it's a really windy day," he says.

Having someone else take on the cognitive burden of setting the right pace and choosing the best path along the route can conserve valuable mental energy, allowing you to save it until you really need it in the later stages of your run. That's why many large road races offer designated "pace bunnies" to lead other runners to specific finishing times.

And even if you don't have a hired rabbit to help you out, there's good news from cycling studies. A group of people sharing the wind-breaking duties, it turns out, can ride one to five km per hour faster than the individuals riding on their own. So if necessary, take your turn at the front before you tuck in out of the wind – that way, everyone wins. 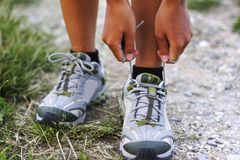 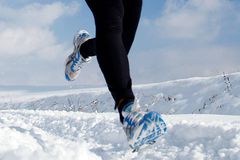 Sore Achilles? Things have to get worse in order to get better
March 4, 2012 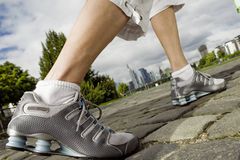