A little bit of exercise can do a lot of good, especially for overweight teens.

Researchers in Ottawa have found that even moderate amounts of physical activity can significantly improve the mental well-being of overweight adolescents.

In a study, funded by the Canadian Diabetes Association and the Children's Hospital of Eastern Ontario Research Institute, the researchers reported a boost in teens' self-esteem after 10 weeks of exercising twice weekly in a lab. Thirty overweight participants, aged 12 to 17, were asked to cycle on a stationary bike for 60-minute sessions. The participants were told that they could stop or break at any time during the sessions. All of them biked separately, under supervision.

The study, published in the Journal of Pediatric Psychology, found that the participants did not lose any weight and had only a minimal reduction in body fat. However, they did see improvements in their aerobic fitness, along with a boost in their perceptions of their academic performance and social competence. They also felt better about their athletic abilities and their body image and reported higher self-esteem, which could have implications for addressing some of the psychological and social strains associated with obesity, such as social isolation, discrimination and depression.

Previous studies have shown that subjects who lose a lot of weight and body fat are typically the ones who experience the greatest psychological benefit from exercise, says the principal investigator of the study, Dr. Gary Goldfield, a clinical researcher at the Children's Hospital of Easter Ontario Research Institute and associate professor of pediatrics, human kinetics and psychology at the University of Ottawa.

"But the nice thing about this study was that there were psychological benefits accrued by overweight teens in the absence of weight loss or very minimal changes in body fat," he says. "The take-home message [is] that you can throw away the scale, and as long as you're active about two hours a week, ... you can derive psychological benefits, improvements in body image, improvements in perceived social and academic functioning, even if you don't lose any weight."

He added that while the impact of aerobic fitness on physical health is well known, "this is ... one of the few studies that found improved fitness is also a strong predictor of psycho-social health."

Two hours a week is far less than the Public Health Agency of Canada's recommended guidelines of at least 60 minutes of physical activity a day for teens. But Goldfield suggests that the participants of the study experienced noticeable psychological benefits with only moderate exercise because they were extremely sedentary in the first place, spending up to five hours a day, or 35 hours a week, in front of screens.

"They're not even coming close to the physical-activity guidelines of an hour a day," he says. "So I think, even though it was only two hours a week, ... it was way more than they were getting initially."

Goldfield says more research is needed to determine whether participants maintained their levels of physical activity after the conclusion of the study. Structured exercise interventions tend to work well in the short term, he says, but adherence can be an issue.

Nevertheless, the fact that the study was conducted in a lab on stationary bikes suggests that participants could keep up their exercise routines alone at home. Goldfield noted that overweight teens often feel self-conscious exercising at the gym or in front of their peers. 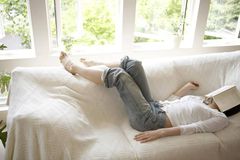 How one mom is getting healthy for her son
February 5, 2012
Forget the scale: the 5 numbers that really impact your health
January 1, 2012 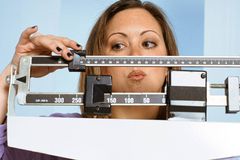