Patty Bromley knows every joke lobbed at her profession. After 14 years teaching phys-ed in Ontario, she’s as familiar with the stereotype as she is with three in the key or keeping your stick on the ice.

“It’s the same old, ‘What do you do, roll a ball out and drink a coffee while the kids are playing?’” says Bromley, who has spent the past dozen years at Ursuline College in Chatham.

It may not sink to the level of contempt, but our low estimation of physical education’s importance is reflected in more than just bad jokes. It’s easily gauged by cost-cutting reductions in programs across the country – from elementary schools up to postsecondary institutions – that physical-education experts say is contributing to the crisis of childhood obesity and widespread sedentary behaviour. The Conference Board of Canada, the World Health Organization and UNESCO, among many other groups, have all called for increasing the time and quality of students’ physical education.

Mental health is another key area that phys-ed classes hope to address. For some students, the physical activity of a traditional phys-ed class is a way to help deal with academic pressures, Bromley says.

“We get a lot of kids who have a tough timetable who are taking tough sciences and tough math, and they’ll take a fitness course just to come and relieve some of the academic stress that they have,” she says.

In Canada, 27 per cent of kids between the ages of two and 17 are overweight or obese, according to a study that looked at data from 2004 to 2013 and published in the Canadian Medical Association Journal in May. 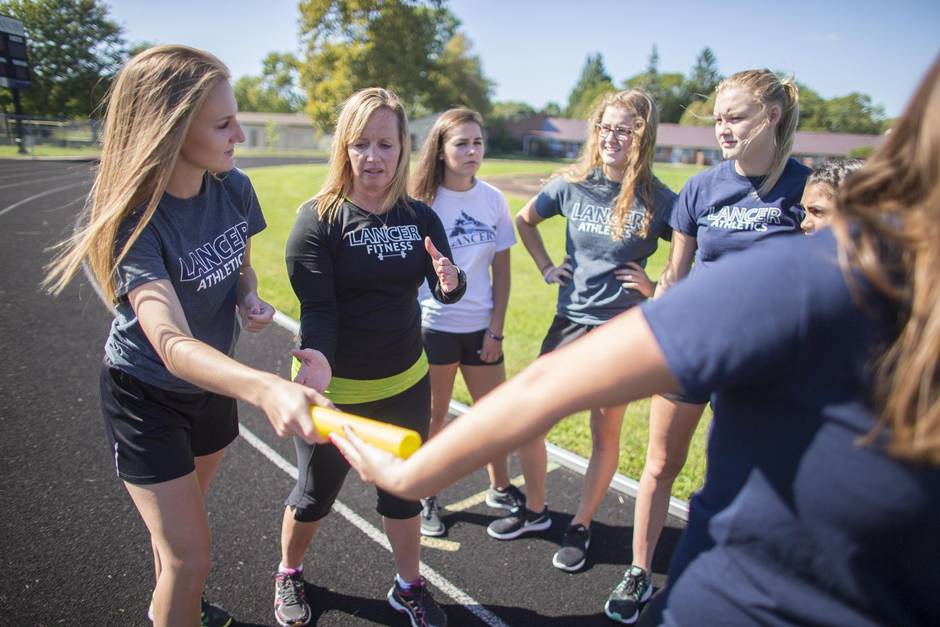 Patty Bromley, a physical education teacher at Ursuline College in Chatham, Ont., speaks with her students during relay practice, Sept. 3. (Geoff Robins for The Globe and Mail)

Less than one in 10 kids ages five to 17 get the recommended 60 minutes of heart-pumping daily activity, according to a report this year from Particip-Action, a national non-profit organization dedicated to encouraging Canadians to lead more active lives.

Despite these worrying trends, physical education continues to be treated as expendable, experts say.

Earlier this year, Queen’s University made headlines following the announcement it will be suspending admissions to its Physical Health and Education program for one year starting next fall. There is no guarantee it will return.

“The number of opportunities for physical education teachers within the school system is decreasing. Many universities, including Queen’s Faculty of Education, are no longer offering a teaching subject in this area,” Susan Mumm, dean of the faculty of arts and science, told the Queen’s Journal.

“Anecdotally, we’ve heard time and time again that the level of prominence that [PE teachers] get in the school has been decreasing, and also whenever there are budget cuts to be made, generally they look to the non-academic subjects such as PE first,” says Jennifer Forrest, a spokeswoman for PHE Canada, a professional organization for physical and health educators. When programs aren’t cut outright, there are often worrying workarounds, Forrest says.

For example, in March, Winnipeg School Division trustees announced that in an effort to cut costs, senior year students will be allowed to get academic credit for extracurricular activities, such as playing on a sports team.

“Imagine if you’re English teacher said, ‘Oh, you read a book on the weekend? That will count as your English credit.’ Unfortunately, we hear stories like that all the time and it doesn’t ring any alarm bells,” Forrest says. “If this were to happen in math or science or English, everyone would be in an outrage.”

Instead of outrage, however, the most we seem able to muster up is mild indifference. 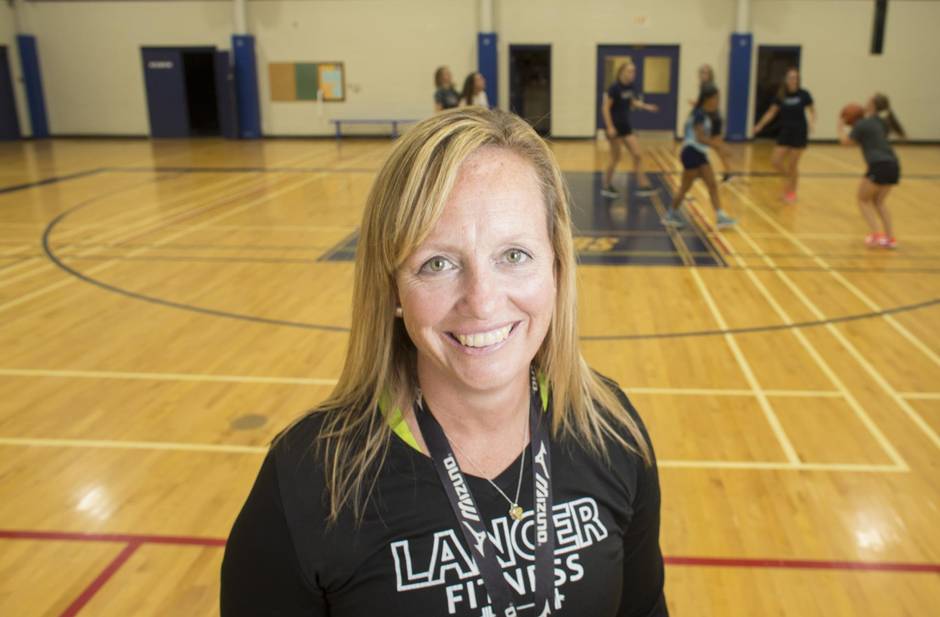 Bromley says phys-ed class is just as important for students’ mental health as their fitness. (Geoff Robins for The Globe and Mail)

For example, only 42 per cent of elementary schools in Ontario have a PE teacher, most of whom work part-time, according to a report last year from the People for Education, an independent charitable organization.

Manitoba is the only province where students are required to take PE class through Grade 12. In all others, PE is only mandatory in Grade 9.

As well, time requirements vary across the country. In some provinces, students get as little as 75 minutes a week of phys-ed instruction, while in others it is 150 minutes. In some cases, these are only recommendations, not requirements.

Often, classes are not taught by specialists, meaning someone who studied physical education in university, says Dan Robinson, an assistant professor in the faculty of education at St. Francis Xavier University.

Research has shown that non-specialists report lower levels of confidence, preparation and knowledge compared with specialists.

Given the often low status of PE in schools, it is incumbent on parents to push for more of it, Robinson says.

“If I was a parent, I would find out how many minutes my child is meant to be getting in the school, and if they’re not, I would follow up with an administrator,” he says.

Classes may also not provide the standard activities parents recollect from their childhood. “I’m constantly battling the term ‘gym,’” says Joe Barrett, an associate professor in the department of teacher education at Brock University. “If you look at the way we approach things today, it’s much more comprehensive. It’s much more evidence-based and it’s much more diverse in the ways in which we offer the programs, the way we teach them, the way they’re assessed.” 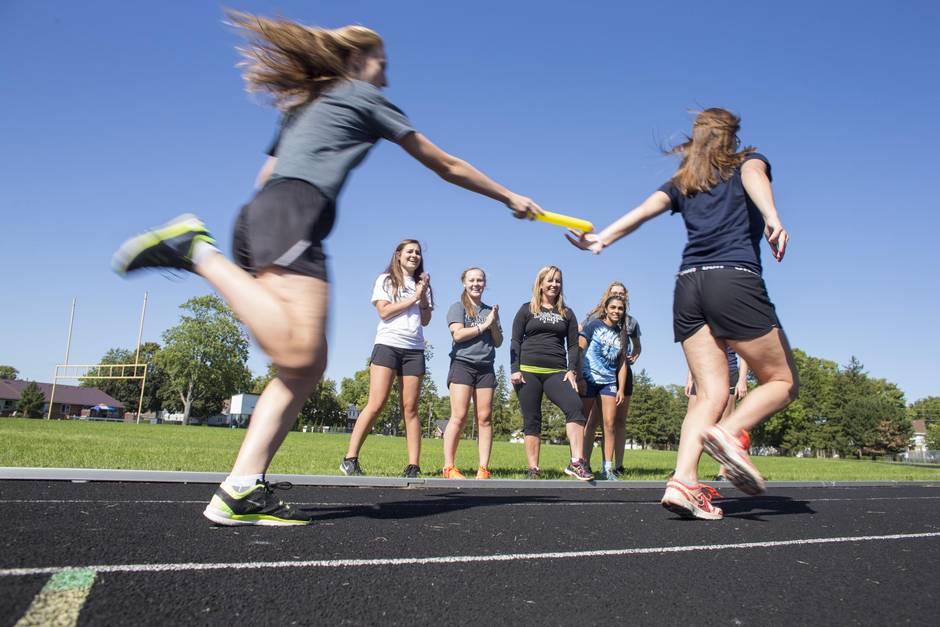 Less than one in 10 kids ages five to 17 get the recommended 60 minutes of heart-pumping daily activity, according to a recent report. (Geoff Robins for The Globe and Mail)

A generation ago, phys-ed teachers may have focused almost exclusively on sports. But there has been a sea change in the past 20 years.

Students across Canada are as likely to learn mindfulness and stress-reduction techniques as they are to be taught good free-throw form thanks to curricula that now cover mental-health coping strategies as well as playing sports, among other topics.

“We all know that our kids are facing different challenges today, and stress is certainly one that we’re looking to help them develop coping strategies to manage,” Barrett says.

Regardless of PE’s status in many schools, there will always be teachers, such as Bromley, who make a lasting impression on students.

“Patty has a way of connecting with her students no matter what their background is,” says Ashley Hosfeld, a former student now studying at Brandon University. Talking about her former teacher and basketball coach, Hosfeld praised Bromley’s “humour” and “discipline” and “dedication.”

It’s why Bromley is unruffled by the gym teacher stereotype.