The upside of the sustained cold snap that hit Toronto earlier this winter was that the parkland alongside the Humber River, just a block from where I live, became skiable. The first time I hobbled down the hill in my cross-country boots, balancing my skis and poles on my shoulder, I felt like an intrepid explorer – until I saw the network of tracks already carved into the snow.

As a spectator sport, cross-country skiing is preparing for its quadrennial moment in the spotlight, with a strong team led by medal contender Alex Harvey of Saint-Ferréol-les-Neiges, Que., heading to Pyeongchang for the Winter Olympics. But the steady stream of urban skiers I've encountered in the last few months offer a reminder that the sport also has broad grassroots appeal – for very good reason, as these recent research findings show.

In the 1980s, Finnish researchers started following more than 2,000 men in and around the town of Kuopio, looking for factors that would predict longevity. One of the baseline questions they asked each subject was how much he skied.

The latest analysis, published last fall in the Scandinavian Journal of Medicine & Science in Sports, shows that after an average of 26 years of follow-up, men who skied at all were 16 per cent less likely to have died than non-skiers. Those results held up even after adjustments for other risk factors and forms of physical activity. The combination of high intensity and full-body involvement in cross-country skiing, the researchers speculate, seems to be particularly potent in fighting heart disease.

The findings build on previous results, like a famous analysis of more than 73,000 finishers of the 90-kilometre Vasaloppet ski race in Sweden over the course of a decade. In that study, those who completed the race once had half the risk of dying during the follow-up period compared to the general population; six-time finishers had less than a third of the standard mortality risk.

The morning after my first ski of the winter, the first thing I noticed was that my arms were sore. Cross-country skiing isn't just "running on snow"; if you're doing it right, your arms provide about 20 per cent of the force that propels you forward.

As a result, one of the hottest trends in ski research these days is the search for the most potent ski-specific upper-body strength routine. In one recent study, twice-a-week simulated poling exercises improved ski time-trial performance by 4 per cent; in another, a more conventional series of upper-body strength exercises three times a week increased endurance in a time-to-exhaustion test.

For most of us, what's most interesting is that the reverse must also be true. If strength training makes you a better skier, then skiing must make you stronger. It's certainly possible to ski without using your arms much (as I've discovered when I don't wear warm-enough mitts and my hands freeze), but if you pay attention to it, you'll get a full-body workout and ski significantly faster than you would with legs alone.

Marit Bjørgen is the most successful women's cross-country skier in history, with six Olympic golds so far and perhaps more to come in Pyeongchang. The Norwegian star recently allowed scientists to publish a detailed analysis of 17 years of her training logs and physiological testing data in the journal Frontiers in Physiology.

Her secret, of course, is that there's no secret. During her best five-year stretch, she trained a staggering average of 937 hours in 543 sessions per year. But one of the interesting details was how she distributed her training intensity. About 90 per cent of her training was classified as "low intensity," which typically corresponds to a pace at which you can talk without too much difficulty.

The takeaway from all this? Simply getting out on the trails, for any intensity or duration, is a powerful step toward better health and performance. But every now and then, dig those poles in and push the pace.

Alex Hutchinson's new book, Endure: Mind, Body, and the Curiously Elastic Limits of Human Performance, will be published in February. Follow him on Twitter @sweatscience 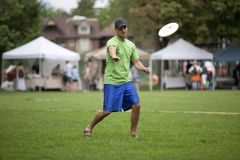 What we know about the link between hearing loss and dementia
January 28, 2018 Why is loneliness so toxic? Scientists are exploring what it does to the human body
January 25, 2018 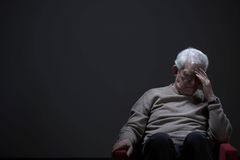