At the loftiest echelons of sport, the margin separating the champions from the also-rans can be measured in milliseconds or in million-dollar endorsement deals – or in sick days.

That's one of the insights gleaned from a recent in-depth analysis of the training records of 37 elite Norwegian cross-country skiers over a nine-year period. The 16 athletes in the group who had won individual medals at the Olympics or World Championships reported an average of 14 days a year with symptoms of respiratory or gastrointestinal infection, compared with 22 days a year among the non-medalists.

In other words, if you keep getting the sniffles, you're less likely to climb onto the podium.

So how do you stay healthy while in training? The study, which was published online in March in the British Journal of Sports Medicine, uses the meticulous training records kept by the Norwegian national team to zero in on factors linked to higher or lower risk of illness, including air travel, training patterns and, of particular importance at this time of year, keeping your vitamin D levels up. Crucially, many of the factors are things you can control.

"I don't think it's entirely luck of the draw," says Ida Svendsen, a physiologist with the Norwegian Olympic and Paralympic Committee who led the study as part of her doctoral studies in exercise immunology at Loughborough University in Britain.

"I think the very best athletes are typically the ones who are most meticulous about pretty much everything – training, sleep, nutrition, hygiene."

One of the clearest patterns that emerged was the elevated risk of getting sick after air travel. Athletes were nearly five times as likely to report an infection the day after a flight, and the risk remained elevated for a week.

The stress of racing also raises infection risk, which makes the flight home after competition a potent one-two punch.

As a result, Svendsen says, Norwegian skiers are now advised to wait until the day after competition to fly home, "rather than jumping straight in a car to the airport after their last race."

A more surprising finding was that athletes with higher "training monotony," meaning that the intensity and duration of their training didn't fluctuate wildly from day to day, were less likely to get sick.

That doesn't mean that athletes should train the same every day, Svendsen cautions – after all, mixing hard and easy training days is a common piece of training advice. But it suggests that sudden increases in training load, or overly dramatic fluctuations from very easy to very hard, might put you at higher risk.

Another key factor was the time of year. The athletes were twice as likely to get sick during the winter, and when they did, the symptoms lasted longer than during the summer. That may seem obvious, but it's particularly interesting because it's the same pattern observed in summer athletes such as swimmers, even though their yearly training and competition calendars are reversed.

Skiers do their highest volume of training over the summer, and yet that's when they're least likely to get sick. That suggests the culprit is environmental factors, rather than training – and in particular, Svendsen and her colleagues point out, vitamin D levels may play a role. In fact, the highest risk of infection came in late winter and early spring, precisely when vitamin D levels are lowest in most people.

According to Neil Walsh, an exercise immunologist and head of the Extremes Research Group at Bangor University in Britain, there is mounting evidence that keeping your blood levels of vitamin D – or, strictly speaking, of a related marker called 25(OH)D – around 75 nanomoles a litre optimizes immune function in athletes and reduces the risk of respiratory tract infections. In contrast, a minimum level of 50 nmol/L is commonly recommended by bodies such as the U.S. Institute of Medicine.

To reach 75 nmol/L, Walsh and his colleagues suggested in a recent paper in Exercise Immunology Review that supplementing with 1,000 international units a day during the winter is a good idea. During the summer, on the other hand, getting about 15 minutes of unprotected sun exposure daily, between 10 a.m. and 3 p.m., is sufficient for most people.

"With adequate, safe summer sunlight exposure, there shouldn't be a need to supplement year-round," Walsh says.

Many of the other factors that contribute to infection risk are things we already know. "Hand hygiene is a big one," Svendsen points out, as well as basics such as getting enough sleep and staying hydrated. "These are all pretty common-sense things, but are sometimes overlooked."

If there is one thing we should take away from the Norwegian skiers' data, it is that these little things matter. Dodge a cold here, avoid a stomach bug there, and you might just make it to the podium. 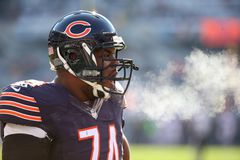 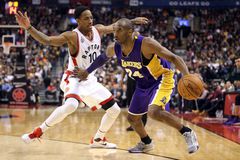