Growing up, my brothers and I learned to skate on a rink my dad made in our backyard. We spent hours in the bitter cold with the neighbourhood kids, finessing our skills and checking each other into the snow banks. It was bliss.

Toronto's new Bentway Skate Trail under the Gardiner Expressway intrigues me, so I decided recently to head to a local rink to practice. It's like learning to ride a bike, I thought. Once learned, you pick up where you left off.

Not so. My ankles flopped. My hands flailed. And the strangest thing was I could skate backwards with a modicum of grace, but not forward. As for braking? Let's just say the boards came in handy. I was humbled.

Rankin Middlebrook, who runs the skate program at Toronto's Harbourfront Centre Natrel Rink, says the first thing they teach beginners and people like me who need a refresher course is the art of falling. "We call it 'protecting your moneymaker,' in other words, your hands," he says. "The natural inclination when you fall is to reach out. We teach hands and elbows in. Fall on your butt. It's very awkward, but it keeps people safe. After all, that's where the most padding is."

Another common mistake? Looking down. "You have to keep your head up. Your body will go where your nose goes, but people have a tendency to look down."

Stopping, he adds, is also not as easy as it looks. "We basically trick people into it. We say, 'Take a turn now, and point your toe in a little bit. Another turn, point your other toe in.' That's the snow plow motion. Once they've got the mechanics and physical literacy down, then it's just a matter of getting used to having steel blades strapped to your feet."

Practice is key, Middlebrook says, who adds newcomers to Canada are particularly keen. "They believe it's the Canadian way to learn to skate." 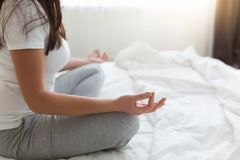 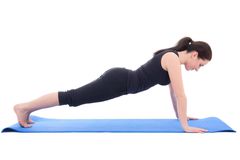 Three tips to help you perfect your pull-ups
January 8, 2018 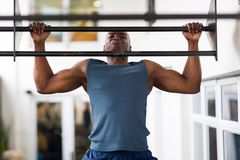