Summer is no time to relax for Canada's best winter athletes, who are sweating hard with seven months to go before the Olympics and Paralympics in Sochi, Russia. We asked medal hopefuls to dish on their summer workout regimes and share their best exercise tips for our readers. This week: Meaghan Mikkelson.

A recently aired Sport Chek commercial celebrated Canadian hockey defenceman Meaghan Mikkelson's pain threshold. And while the 28-year-old Regina native admits the snow whipping her face as she ran on a rooftop treadmill may have been a little unrealistic, the sweat, steely grimace and supercharged abdominal six-pack are a daily reality for this athlete, a fitness fiend since junior high school.

Now Mikkelson aims to defend the gold medal she and the Canadian women's hockey team won in Vancouver 2010.

The Globe caught up with Mikkelson shortly after the team finished a month-long boot camp in Penticton, B.C., earlier this summer.

Exactly what gruelling exercises did Canada's best female hockey players endure in their quest to beat the rival Americans?

"I'm not allowed to say," Mikkelson said, citing team confidentiality. But she did share some of her best fitness strategies.

There are two types of cardiovascular fitness: anaerobic (high intensity in short spurts) and aerobic (light-to-moderate intensity over longer periods). In hockey, you need both. During our playing season, we're getting our anaerobic workouts during games and practices because of the intense shifts. During our off-season, we do some sort of cardio-based workout every single day.

How I work it

For anaerobic fitness, one of the things we do are hill sprints. You go through a short warm-up, do some dynamic exercises and loosen up the hips, quads and hamstrings. Each sprint uphill could take anywhere from 20 to 40 seconds. Or, we'll run stairs or do bike sprints. The scientific literature is showing us that that it's important to train in your heart rate zones. So, it's important to figure out what your maximum heart rate is. I've done conditioning in the past where you have to get your heart rate to between 90 and95 per cent of your maximum. It's important to go that high if you really want to see the benefits.

How I keep going

It's highly mental. You have to think of your end goal. At the point where you're struggling, just have that image or thought in your mind. I also think of the feeling that you get once you finish a workout. When you're done, you know you've accomplished something big. It feels really, really good.

Train your weaknesses so that they become your strength.

It seems like a lot of people would just go to the gym and they'll do only long duration cardio workouts. They'll run for an hour every time, but they don't do any weight training. I think it's important to have a variety of short, high-intensity workouts, along with the longer cardiovascular training sessions (like swimming, running or cycling) as well as plyometric and weight training. You also need to have a plan. You don't want to go into a workout on Monday and kill yourself so that you can't get through the rest of the week. 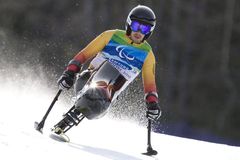 Pilates and planks give this Canadian champion skater a jump on the competition
July 14, 2013 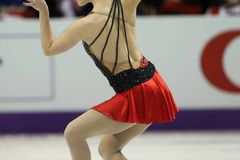 How skier Alex Bilodeau trains in the summer
July 5, 2013 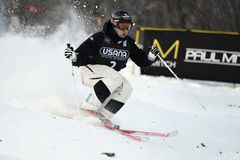