Before each and every run, I need to get wired: I hook my heart-rate monitor band around my chest, strap on my Garmin wristwatch, snake headphones up the back of my shirt and plug them into the iPod that's fastened around my arm. Go go gadget, run.

What comes out of those headphones is key: I don't think my legs would move if Jay-Z and the Isley Brothers weren't there to coach me kilometre after kilometre. And I am obsessed with the numbers on my wrist. My pace, mileage, heart rate – I check the display incessantly. At least I'm not alone in my addiction: According to recent numbers from Canalys, a market research group, more than 17 million fitness bands will be sold worldwide in 2014.

So when I read a New York Times piece about the efficacy of these devices, I nearly spat out my post-run bagel. "The uncomfortable truth about many of the fitness wristbands you see people wearing," wrote Nick Bilton, who tried out various bands: "They don't really work."

I felt betrayed by my trusty Garmin, my faithful friend. Still, I wore it again and completed eight kilometres in less than an hour, an achievement for me – but I was caught up in what my pace stats relayed. From the numbers, it appears I am moving more slowly than most people walk. "That's interesting," my boyfriend shook off my concerns, and asked: "What matters – are you enjoying the runs?"

I had no clue. Running for enjoyment is a distant memory: I was proud of the distance, proud of my playlist, but running for fun isn't what I'm doing right now. I have to keep my heart rate low, in zone 2 on my Garmin, if I want to run the monster distance of 21 kilometres in three weeks time.

As an experiment, when I headed out on a scheduled long run – 90 minutes at a comfortable pace – I left all my gadgets behind and attempted to have fun. I chose a particularly scenic route – along Toronto's waterfront, without worrying about specific mileage, tempo or heart rate.

After five km, I really did feel free: With no distractions, I focused on the glistening water. The rhythm of my feet on the pavement soothed me more than Jay-Z ever could. I truly heard my breathing, and smiled at strangers. The bliss, however, disappeared the moment I started to struggle. With no distractions, I couldn't keep my mind from focusing on how I was six km from home, how every step burned and how my body was in an unspecific state of agony.

With no soundtrack to make me feel like a champion, no numbers for reassurance, I became convinced the once-friendly strangers were judging my struggles. I was desperate to get out of this nightmare, itching for a hit of technology, so I did something awful: I started singing. Loudly. "You know you make me want to SHOUT," I started in, with jazz hands.

I did 12.5 km, my longest run to date – and don't even mind that it's not logged anywhere. 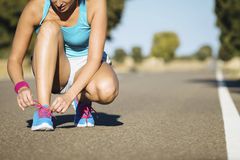 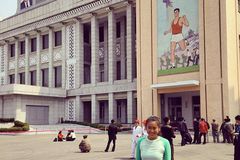 Running is an individual sport, but it took a village to finish the Boston Marathon
May 12, 2018 Lesson learned: Runners, do not deny the carbohydrate
May 12, 2018 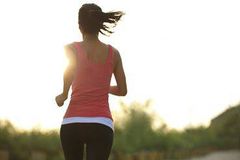 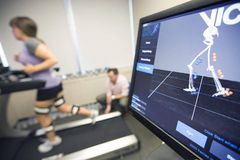